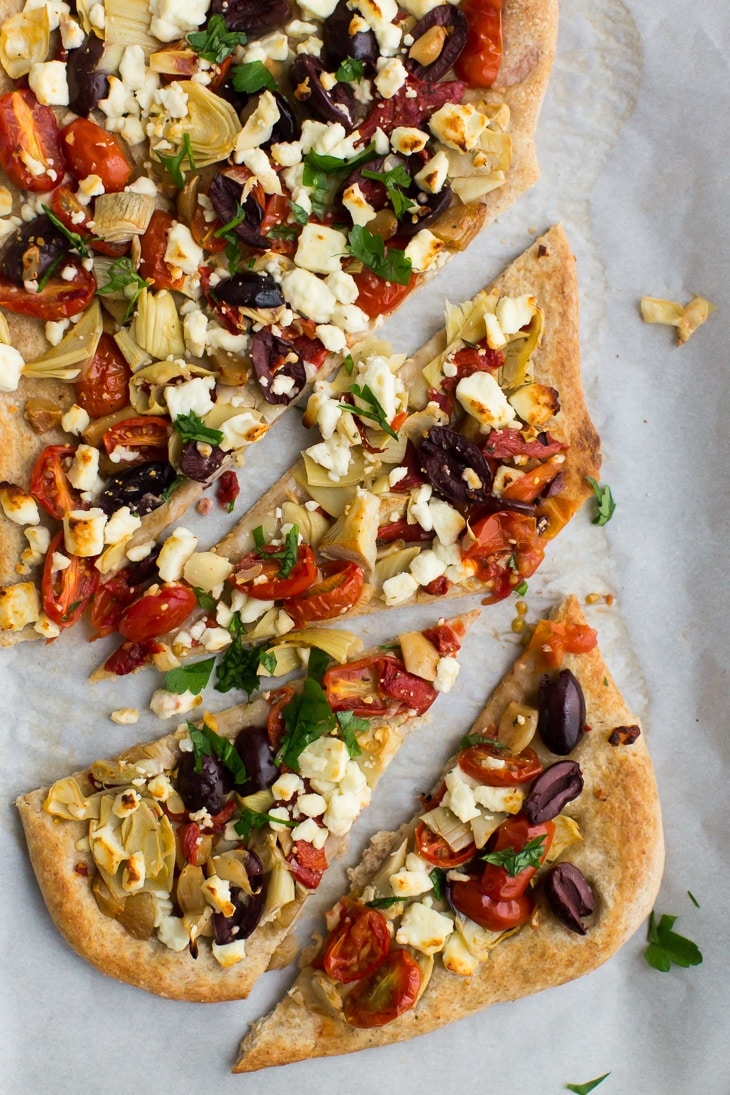 It takes me about three days to be over eating out when M and I are traveling.  My body has been yelling at me for not exercising and eating not the healthiest foods at irregular hours. We're attempting to get out of town to head back up to Chicago for flight home tomorrow. I can't wait to get home and back on my normal schedule (it also doesn't hurt that in a few days time, we should be finding out the sex of the bean, which of course makes me over the moon excited.)

Sometimes during the cooler months, I make dishes that transport me away from where I am and into a warm, sunny place. I nearly always have a jar of kalamata olives, artichokes, and roasted red peppers in the refrigerator for salads and sandwiches. This flatbread is the perfect dinner for M and I, accompanied with a salad. If I don't feel like making the dough ahead of time, I'll pick up the pre-made whole-wheat dough at Whole Foods or Trader Joe's (perfect for those 'I didn't have time to make dough but I still want homemade flatbread)!

On a separate note, be sure to check back on Thursday. I've got a big post planned to kick off the new year right and to kick off my own #eatnaturally campaign! I'll be sharing a few of my favorite recipes from the blog, links to a few of the blogs I look to for inspiration, and a video with a salad recipe (I'm pretty excited about this!) 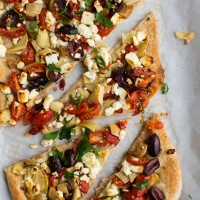 If a bit more crispness is desired after baking, turn broiler on and place baked flatbread until for 30 to 60 seconds to lightly brown the top and crisp the top part of the crust. If using parchment paper, be sure to remove from under the flatbread before doing this. 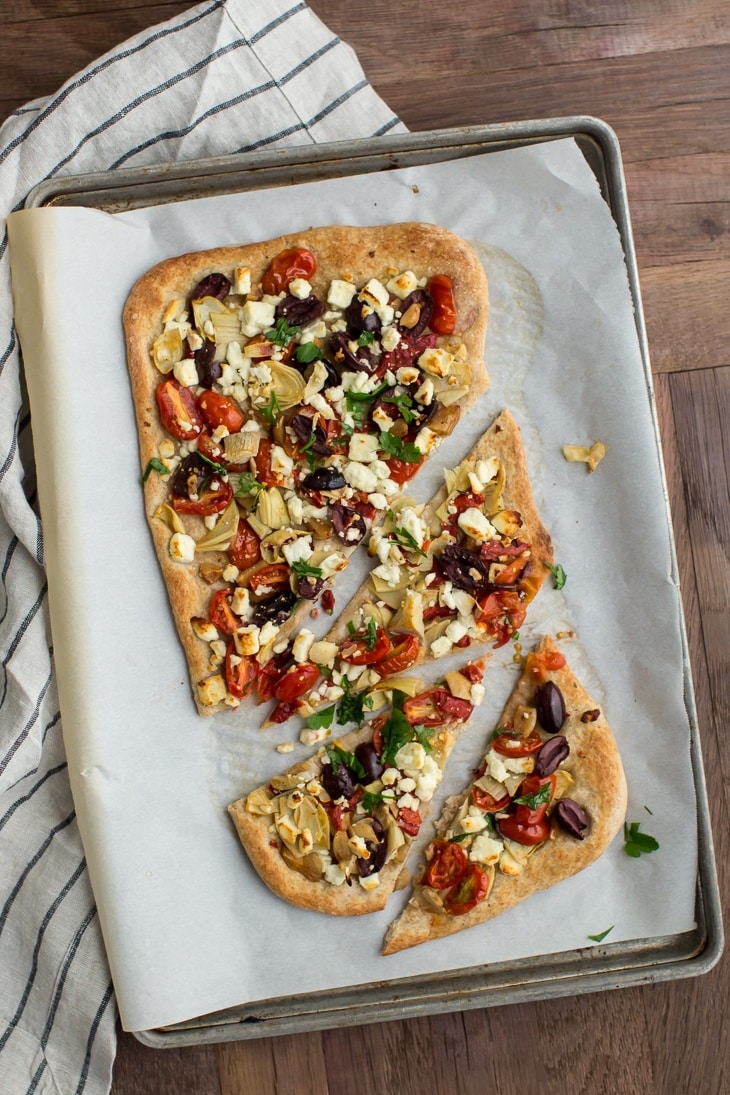