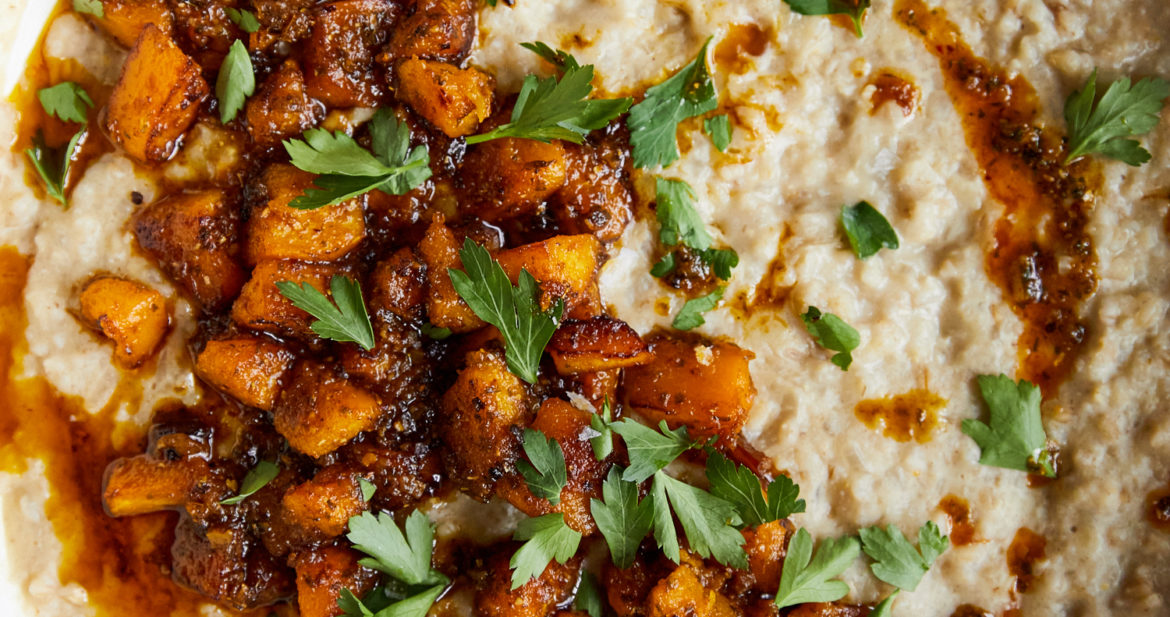 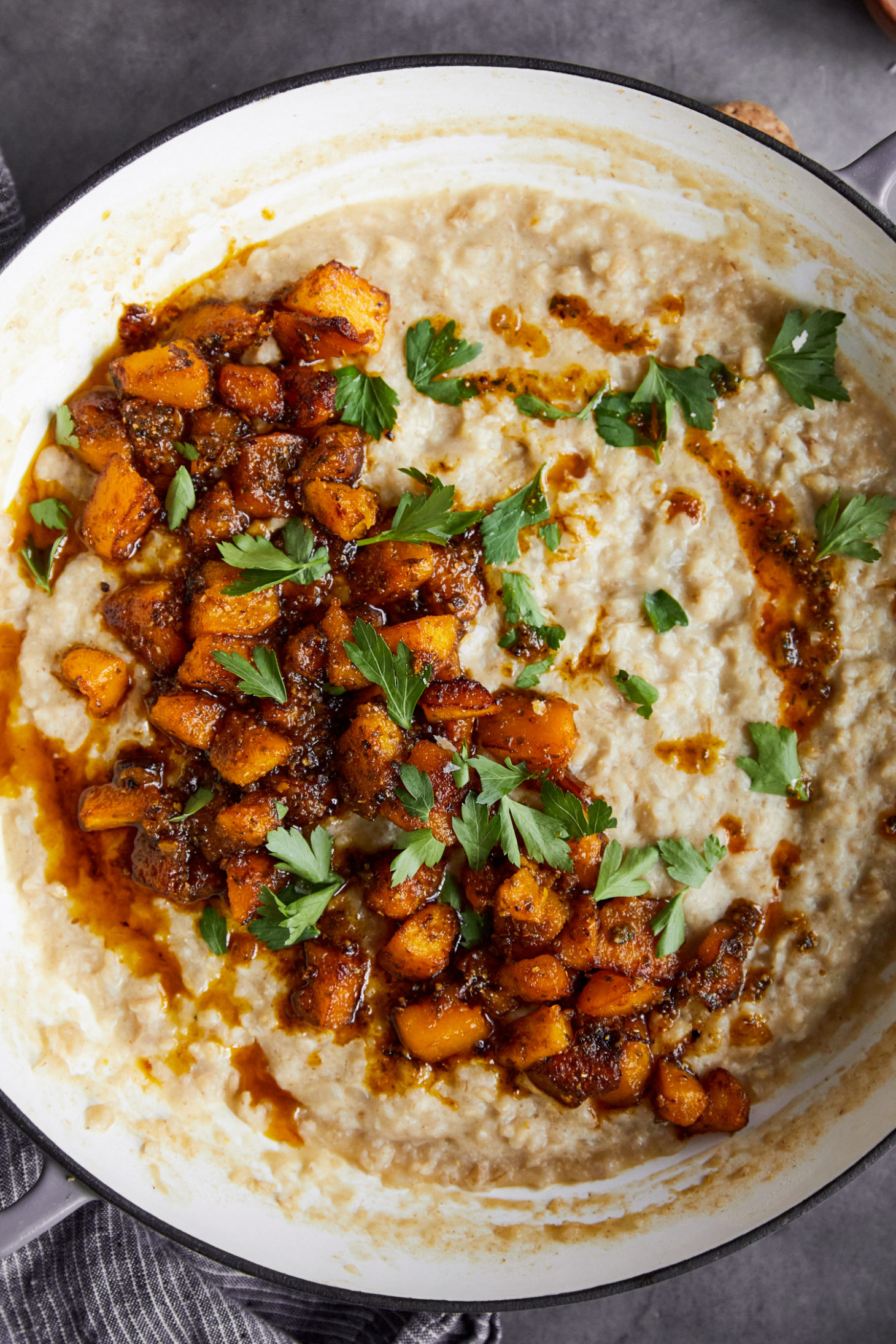 This post is in partnership with Bob’s Red Mill.

Risotto is a go-to recipe on this site and in my kitchen. Something is comforting about a big dish of creamy grains loaded with vegetables on top. This vegan version uses a simple cashew cream for added flavor in the risotto and a rich squash topping, with help from the North African condiment, chermoula.

There's nothing quite like Arborio rice for risotto. The creamy texture the starch from the rice provides is excellent. Whole grains can't quite compare, but I like to crack the grain in the blender to mimic a bit of the starch. During the winter months, I crack the grains a little extra, making this risotto really creamy. This starts to blur the line between porridge and risotto, but I still call it risotto because of the cooking method.

I have a rotation of a few grains I use for risotto, but barley is usually one I reach for most. The grain is hearty but doesn't have a strong flavor, making it perfect to soak up flavors from the risotto additions. Bob's pearl barley is great for risotto because the pearl creates a natural starch addition. Of course, I like to help it along by cracking it. 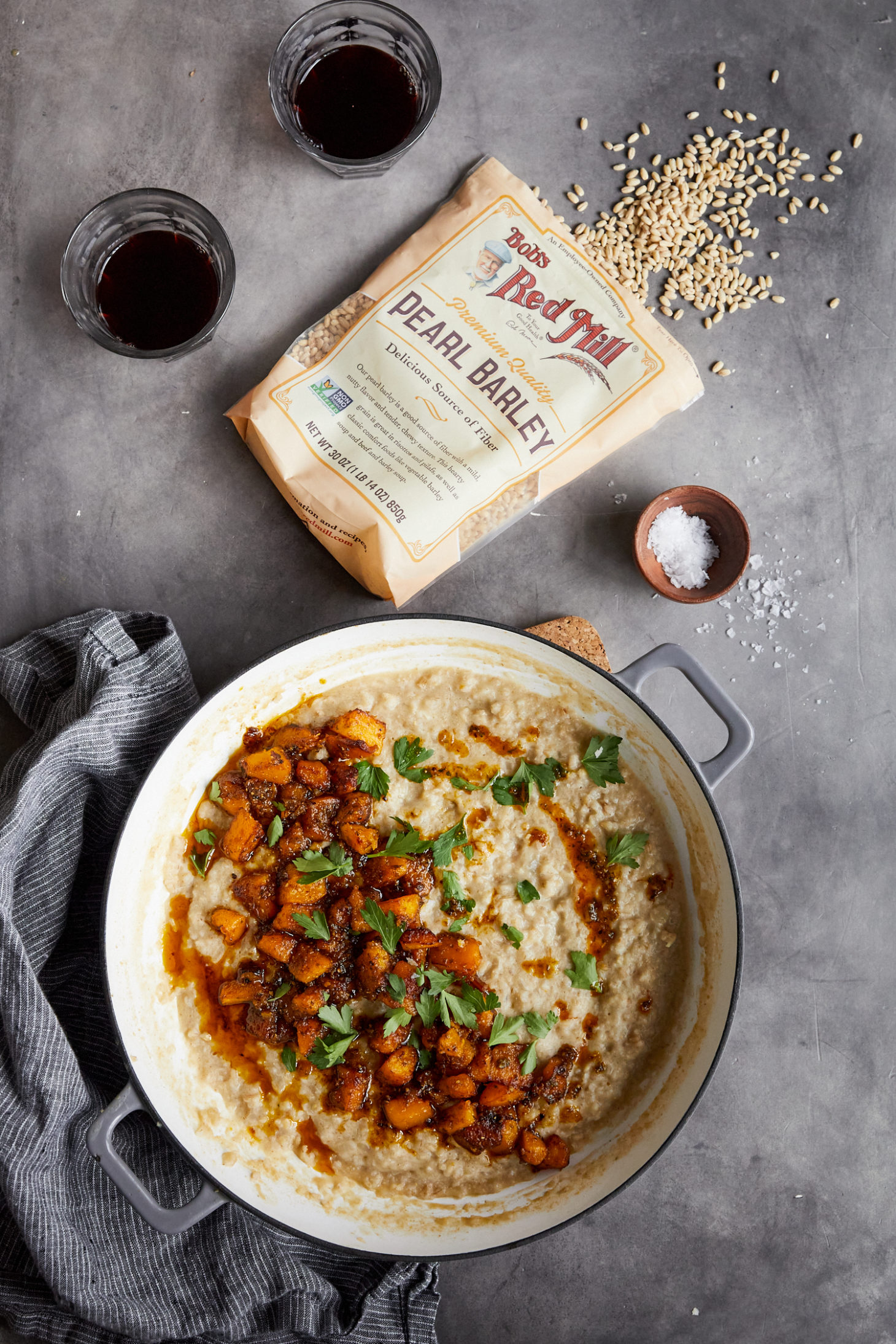 There is a myriad of squash options for the topping on this barley risotto. I used red kabocha squash, but you could easily use butternut, Delicata, or a non-squash option, sweet potatoes. I'd steer clear of using acorn squash or Delicata. The acorn squash doesn't hold texture as well.

If you're unfamiliar with chermoula, it's an herb-based condiment from North African countries traditionally used with fish. The version I'm using for this recipe, a red version, is kicked up a notch with ground chiles' help. As mentioned in the recipe notes, I use the recipe from Eden Grinshpan's cookbook, Eating Out Loud. 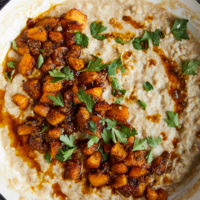 Chermoula: I like the red chermoula recipe from Eden Grinhpan's cookbook, Eating Out Loud. You can find a version of her recipe here (but it's missing preserved lemon, which the book's recipe calls for one whole preserved lemon rinsed. You can also use lemon juice/zest).

Cashew Cream Base: I keep the base easy: soak ¼ cup cashews in hot water for about an hour. Drain and place in a blender along with ¼ cup of fresh hot water (or hot broth). Puree until smooth and use as directed. 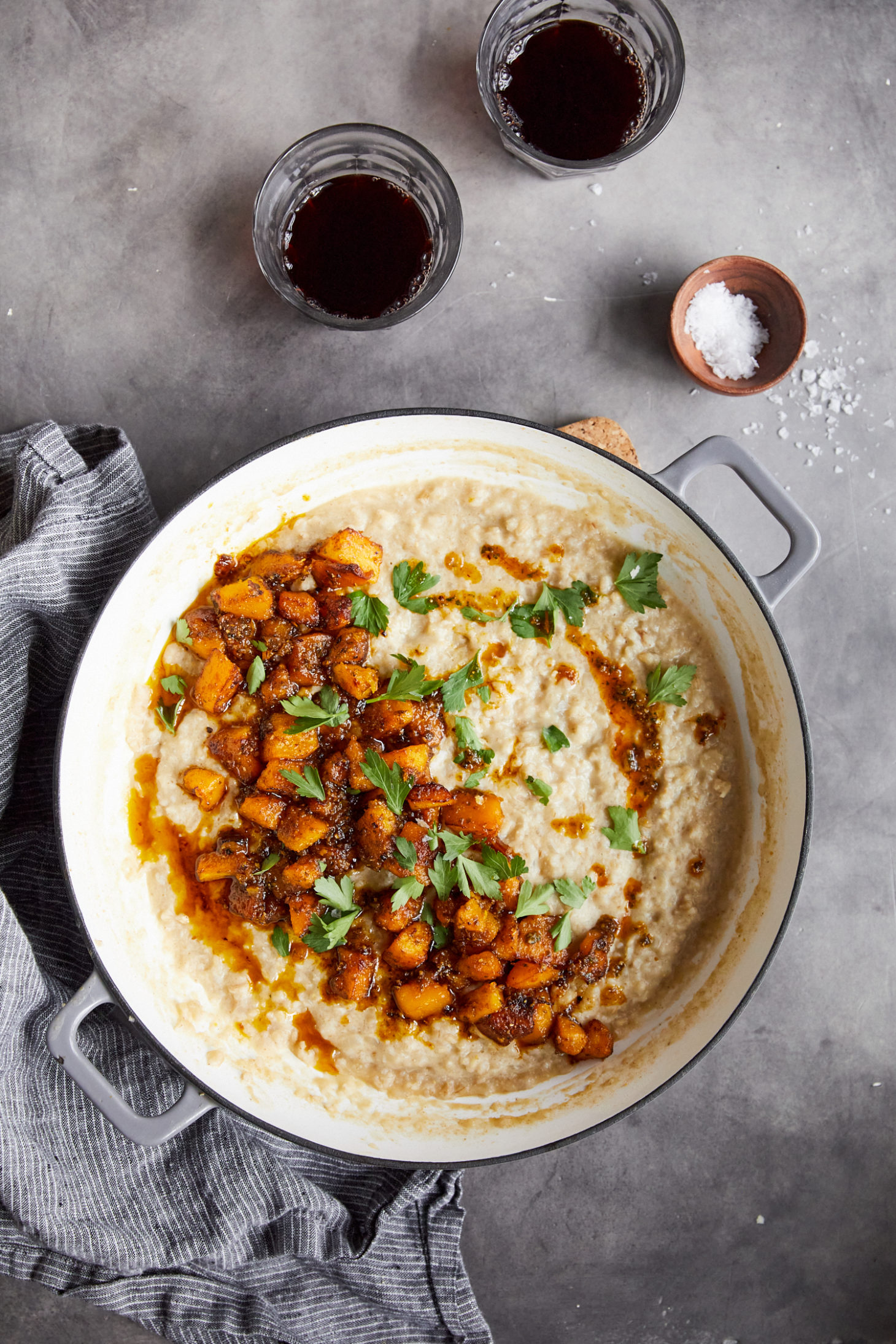