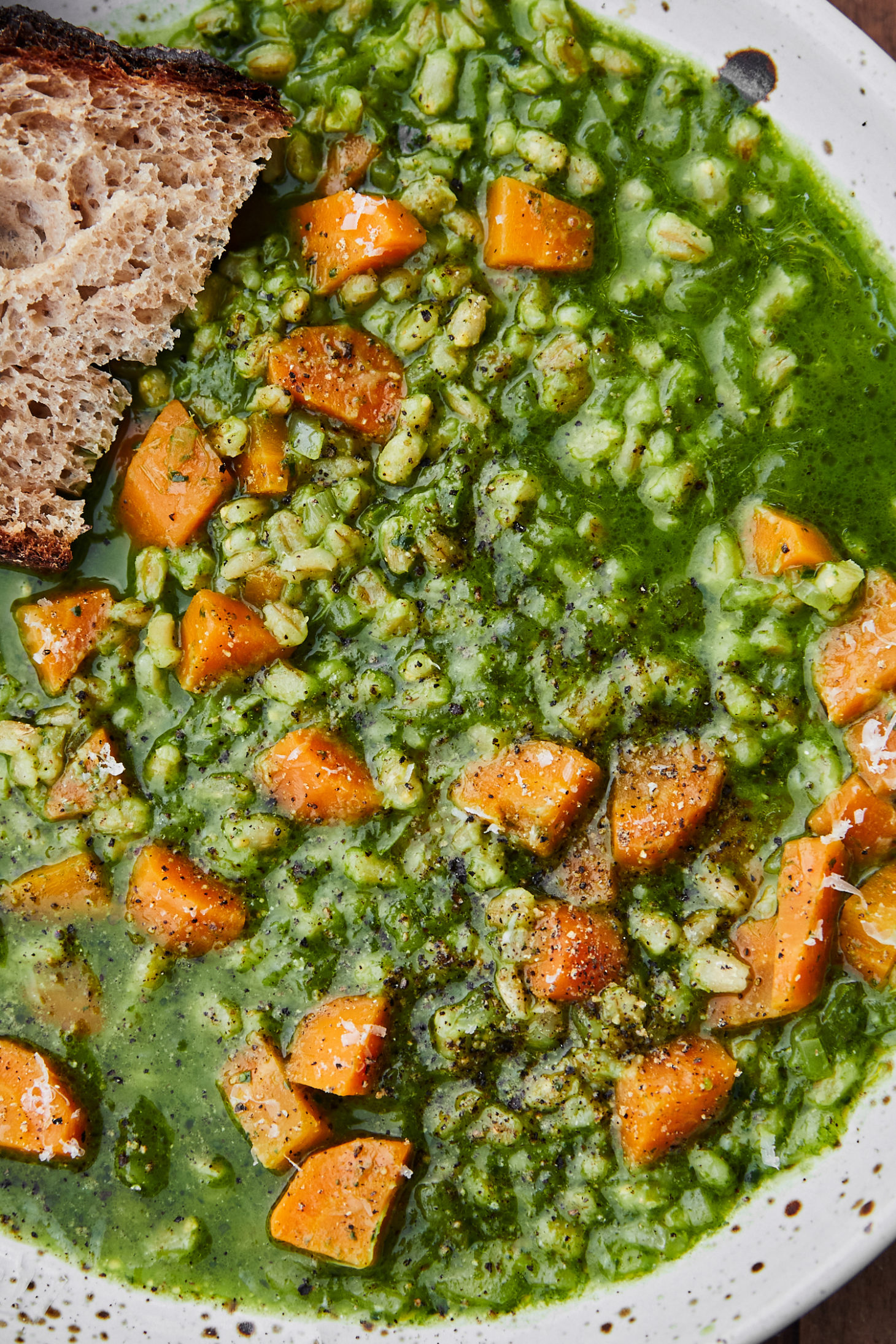 This post is in partnership with Bob's Red Mill.

Most of my broth-based soups have two parts: the soup base and a flavor stir-in. I’ve been making this kale sauce off and on and decided it would be perfect as finishing in a soup. Because the kale sauce brings the flavor, I keep the barley base pretty simple.

I like using Bob’s barley for this recipe since it’s a pearled version- the cooking time is much than if using whole grain barley. The barley cooks while prep and cooking of the other ingredients in the soup are done. It still takes about 45 minutes, but it’s one of my favorite dinners (as long as I have good bread to eat with it). 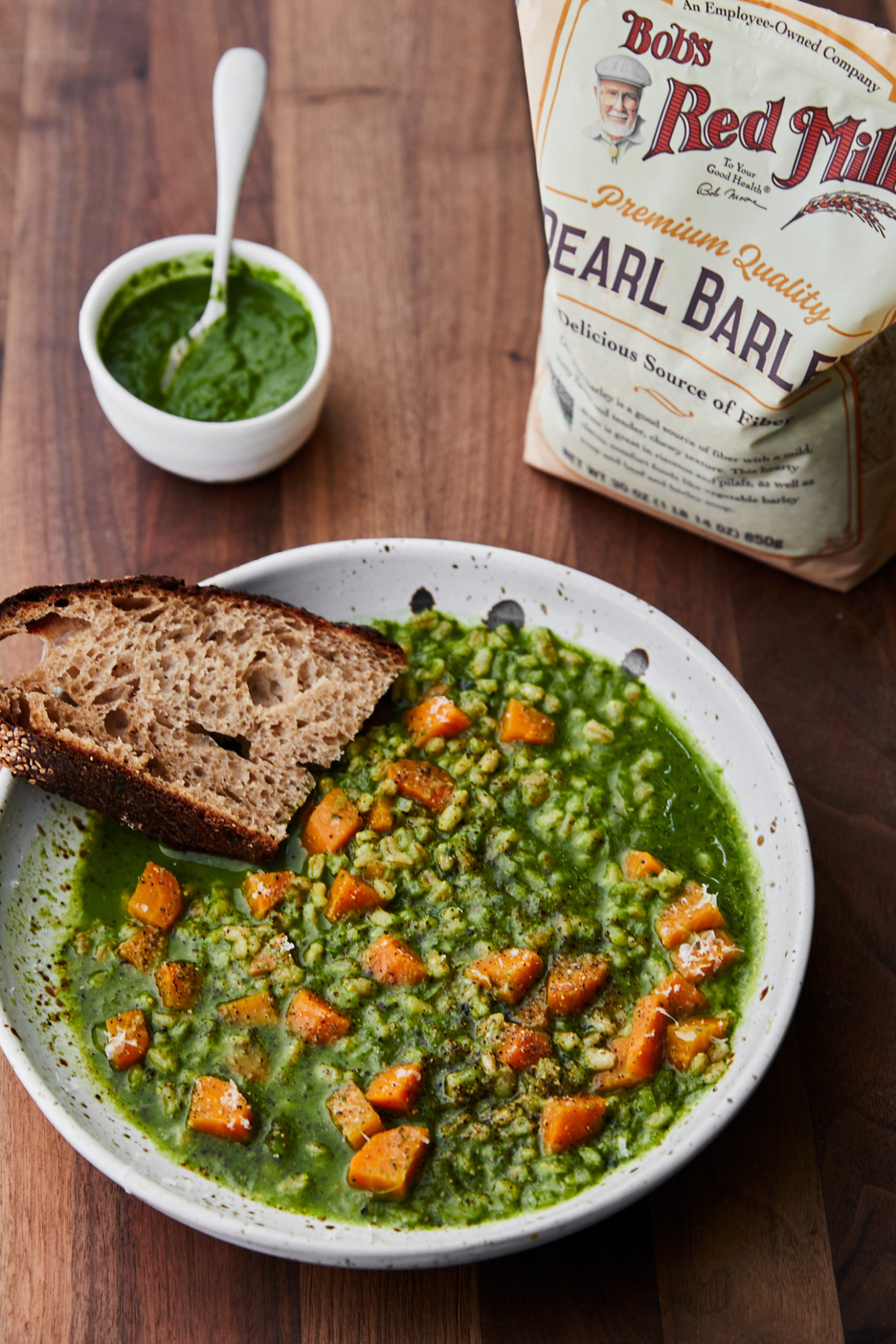 I like to keep my flavorings straight-forward in soups, usually with yellow onions and garlic. However, shallots or leeks would also be nice in this soup. Mix and match whatever you might have on hand.

Carrots are probably my favorite soup/stew add-in. If you don’t have carrots, you could also use squash or sweet potatoes instead.

In terms of the greens, you could swap the kale out for chard or spinach. If you decide to use spinach, blanching will be quick- just a dip in the water to brighten the spinach in color. 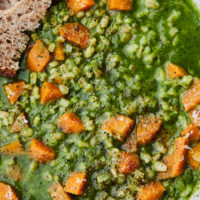 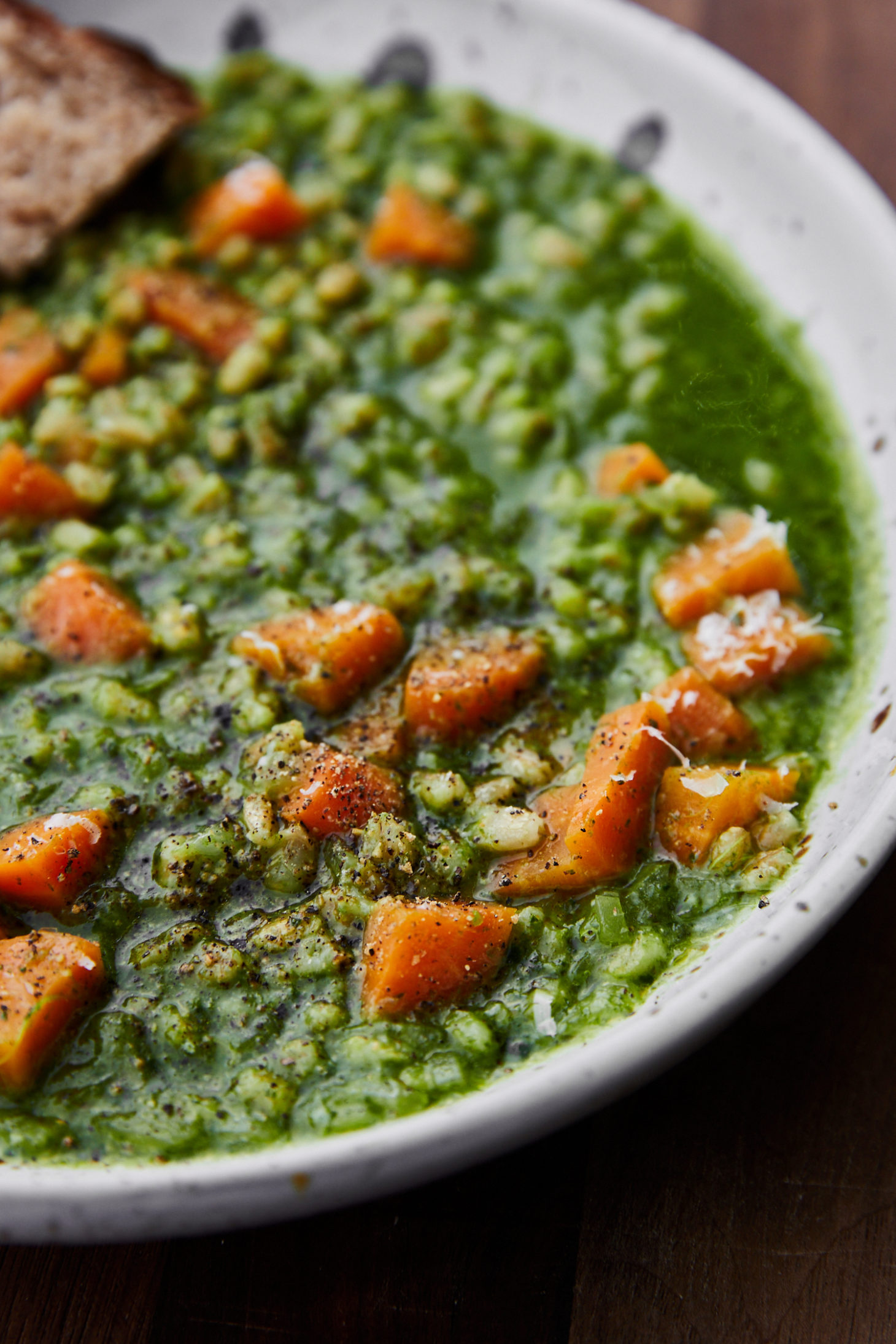