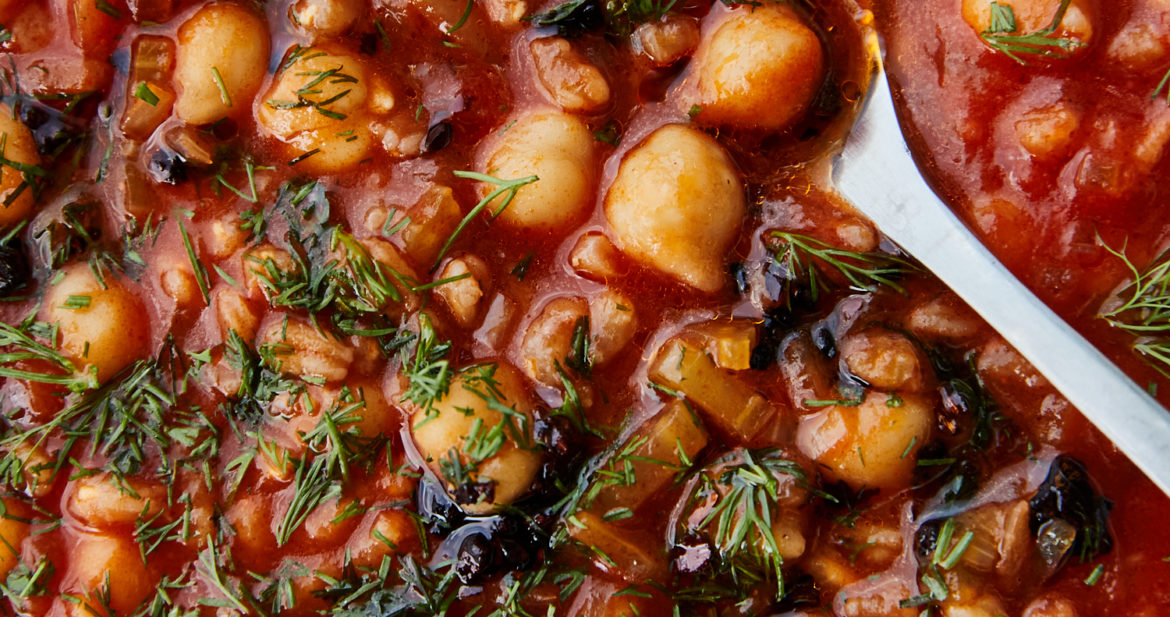 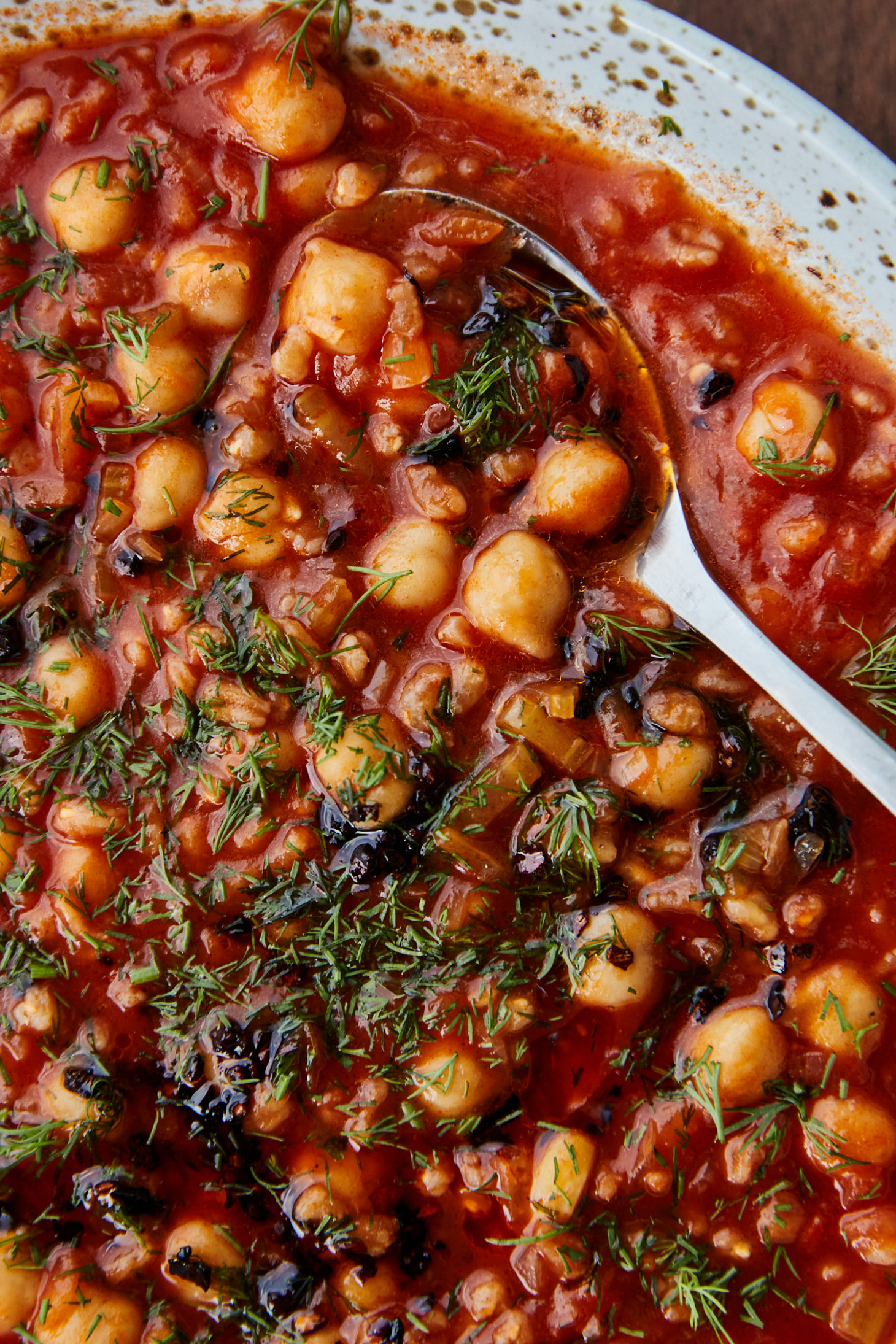 This post is in partnership with Bob's Red Mill.

Since March, pasta has become increasingly harder to source at some of the local grocery stores. This has led to an increase in making pasta in some areas but in other areas, I’ve started adapting some of my most-used recipes that call for pasta. In this case, it was using the base for pasta e ceci and pulling a bit of inspiration from Zuppa di ceci e farro.

I like using Bob’s farro for this recipe since it’s a pearled version- the cooking time is much than if using whole grain farro. The farro cooks while prep and cooking of the other ingredients in the soup are done. It still takes about 45 minutes, but it’s one of my favorite dinners (as long as I have good bread to eat with it). 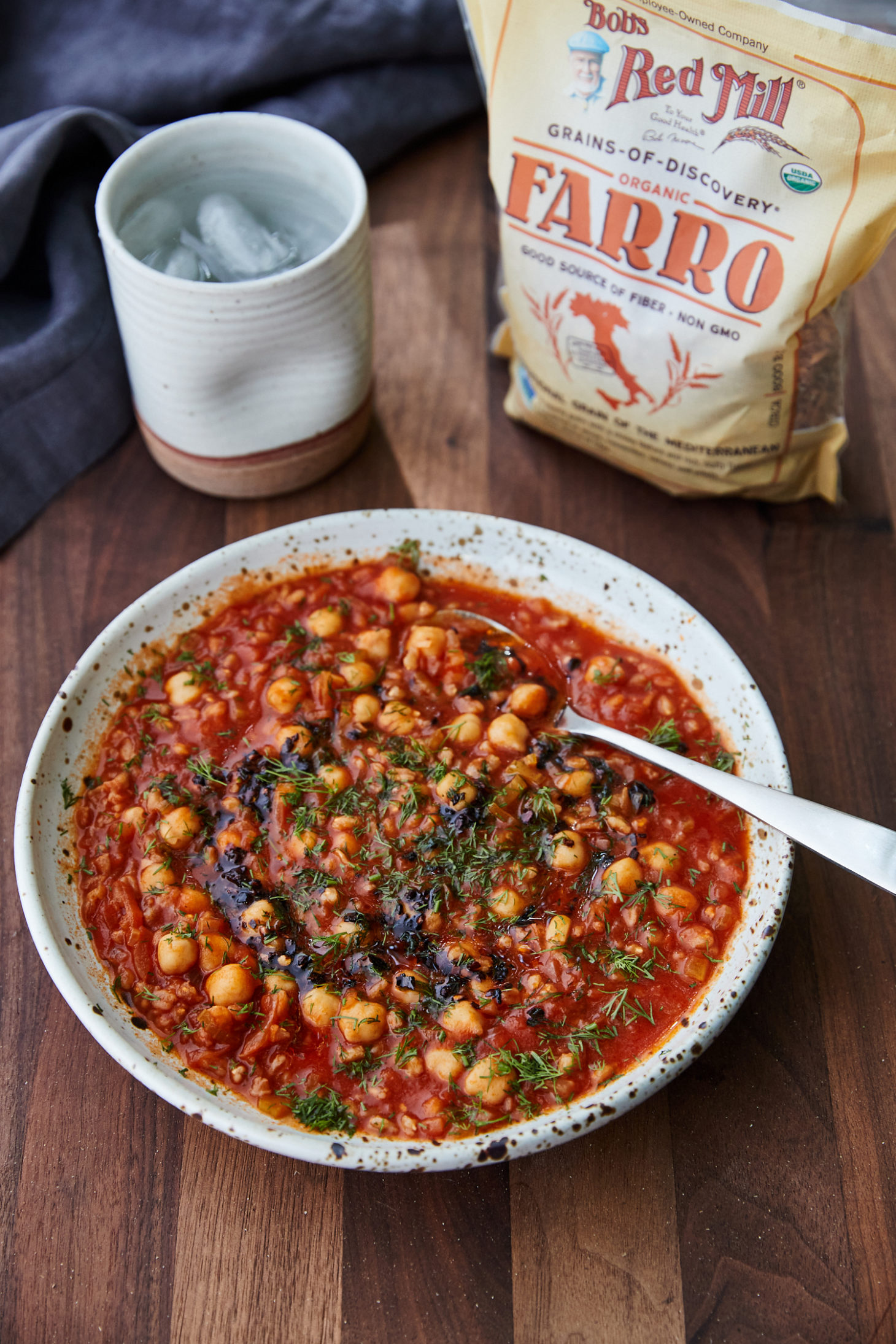 When my refrigerator is packed full of greens during the cooler months, I’ll add in shredded kale or chard towards the end of cooking. It’s a great way to add even more heft to the recipe and a great way to use up any greens you might be trying to figure out how to use. I usually toss in 2 cups, shredded, which will cook down as well.

My original recipe called for making a rosemary-garlic oil, but I find balancing a bit of freshness with the cooked ingredients to be a nice balance during the fall. The dill is small but makes a big impact. Parsley would also work and if all else fails, make the rosemary oil from the original recipe.

Finally, to make this vegan, I’ve been stirring in a couple of tablespoons of light miso at the end of cooking. It brings a bit of the same salty umami that the parmesan provides. If you go this route, don’t add salt before you add the miso. 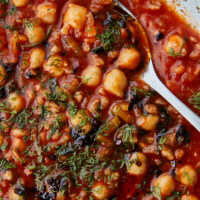 Base recipe originally this recipe, adapted from Smitten Kitchen. 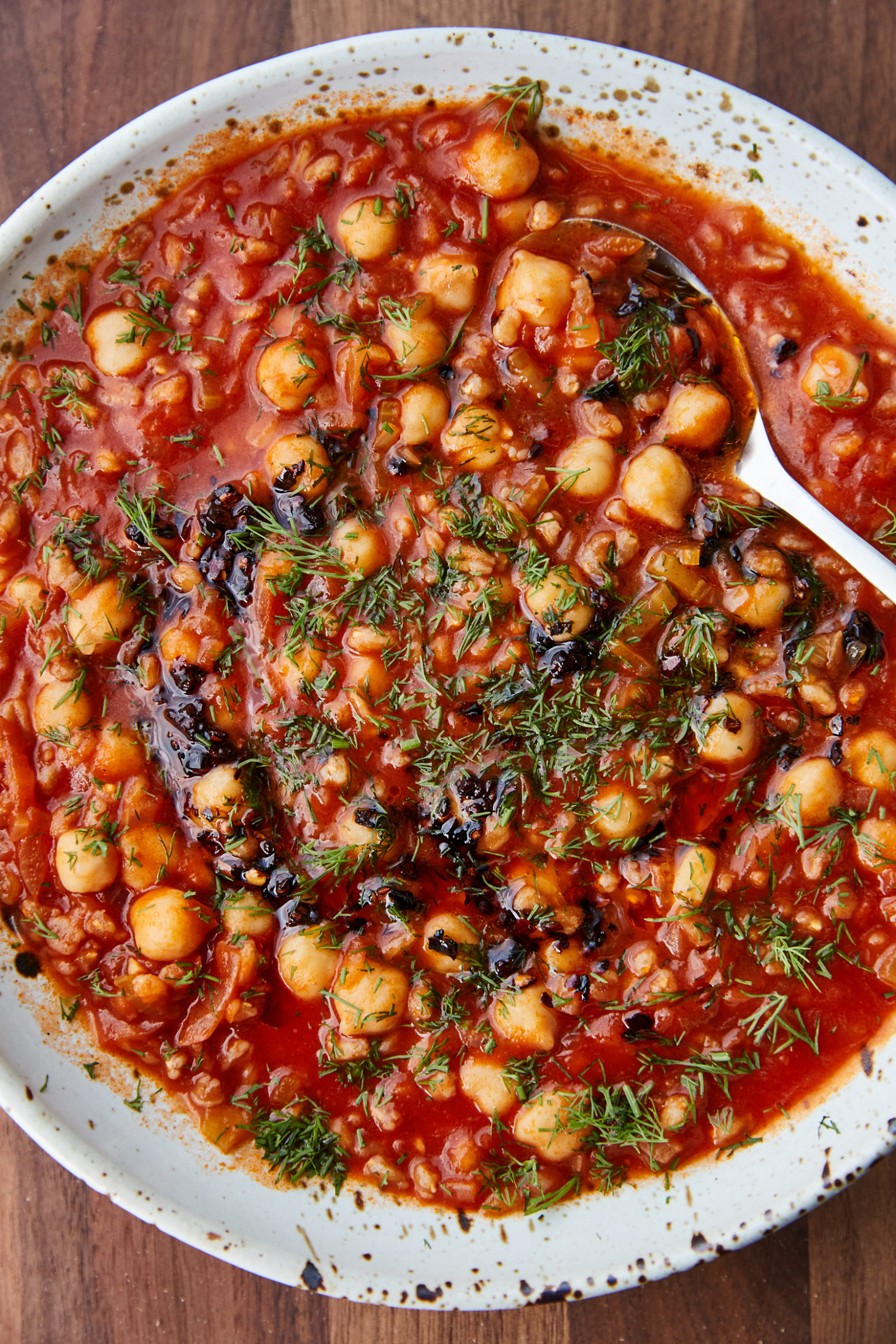