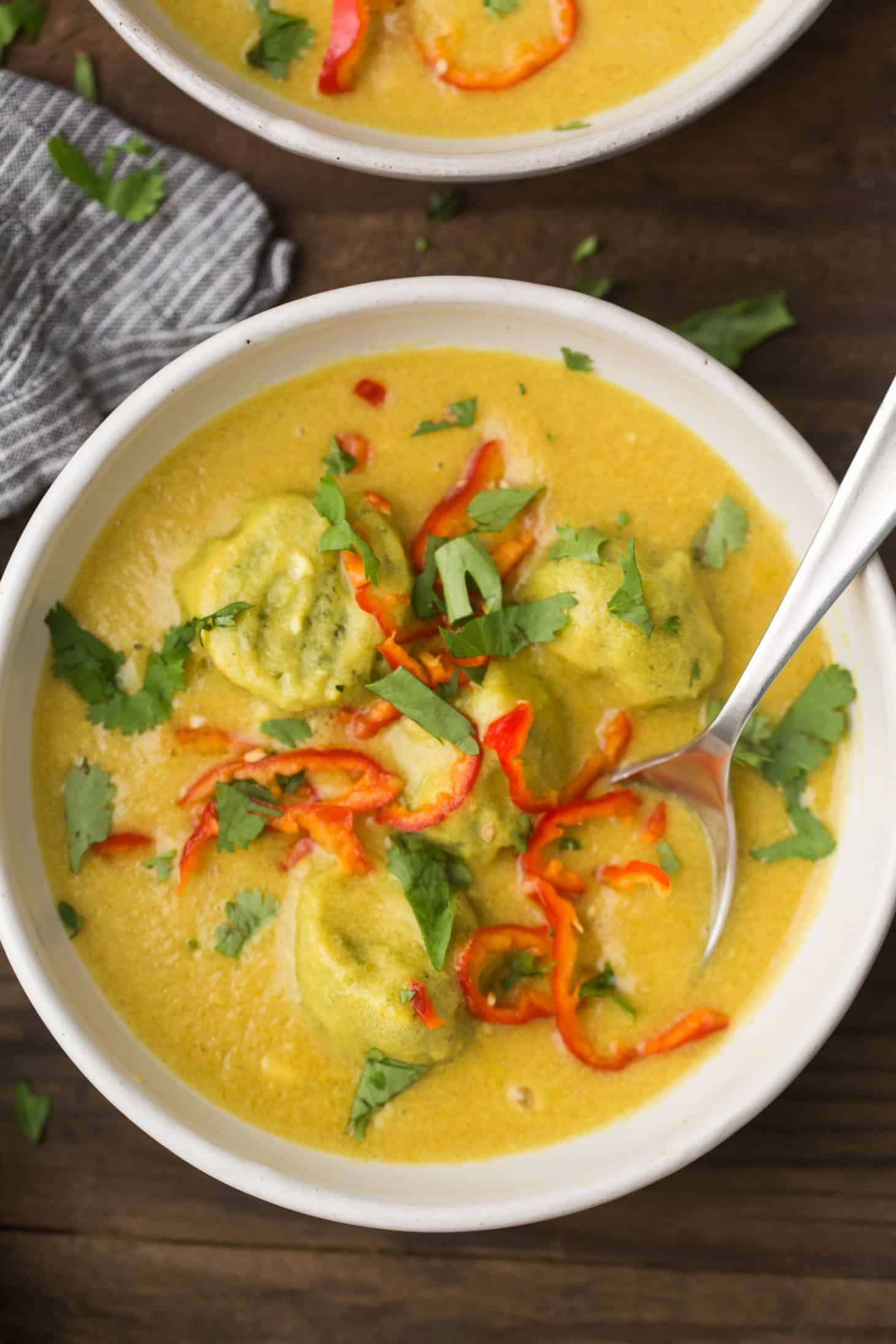 Of all the summer produce, sweet corn is my favorite vegetable for soup (which is saying a lot since tomatoes are also in season). Sweet corn has the perfect balance of savory and sweet which makes it a winning partner with curry, as you'll find out if you make this recipe. This recipe ventures into meal territory with the addition of plump chickpea dumplings. I followed Vegetarian Venture's recipe which cooks the dumplings in a sauce (or in this case, soup). The result is a flavorful soup with hearty dumplings. Not quite ready to tackle the dumplings? This curried sweet corn soup is great by itself! 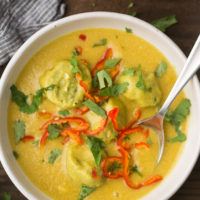 A flavorful and hearty summer meal that has a creamy corn soup as the base and easy gluten-free chickpea dumplings as the core of the meal.

Tips & Tricks: To remove the corn from the cob, I use a large bowl, place the tip of the ear down and carefully shave off the corn kernels by moving the knife down the cob.

Yogurt may have a tendency to separate while heating. Add the yogurt to the heat right before serving.

Stock up: Get the pantry ingredients you will need: vegetable broth, sweet corn, avocado oil

Links: The dumpling recipe was lightly adapted from Vegetarian Ventures.

This soup with the chickpea dumplings is fairly straight-forward. If you're looking to make this vegan, use your favorite non-dairy yogurt and if corn isn't in season, this soup works well using frozen corn kernels (and bonus, you don't have to spend time removing the kernels from the cob!).

Herbs: If you're not a fan of cilantro, try flat-leaf parsley or even a handful of chopped chives in the dumpling dough.

Fried Dumplings: If you're looking for a bit of crunch to your dumplings, you can follow this recipe and fry the dumplings instead of steaming.

Tomato: If you're unable to find good sweet corn or just want to try a different variation, a curried tomato soup would work well as a base (something akin to this recipe). 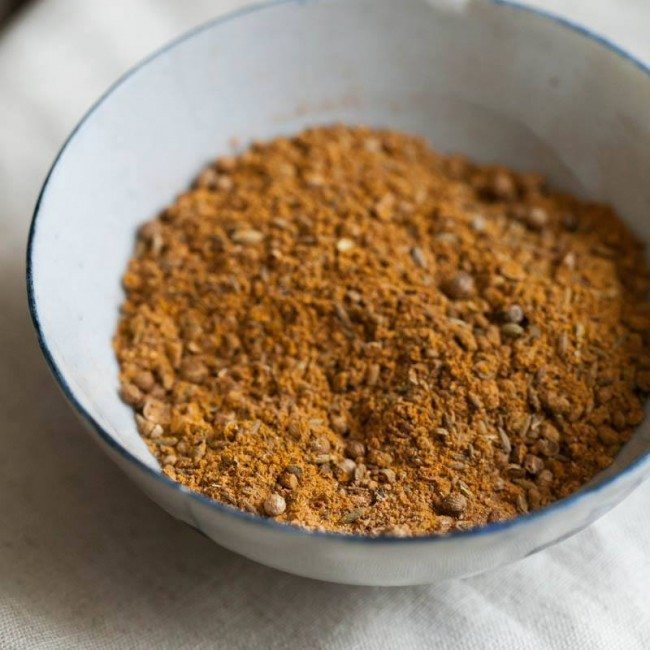 Of all the spice blends I have in my cupboard, curry powder is one of my go-to's. I keep a few different blends in the cupboard based on flavor profile and heat level. I like a spicier curry but I usually stick with a mild curry to cater to those who don't. You can also blend your own- this is my favorite recipe. 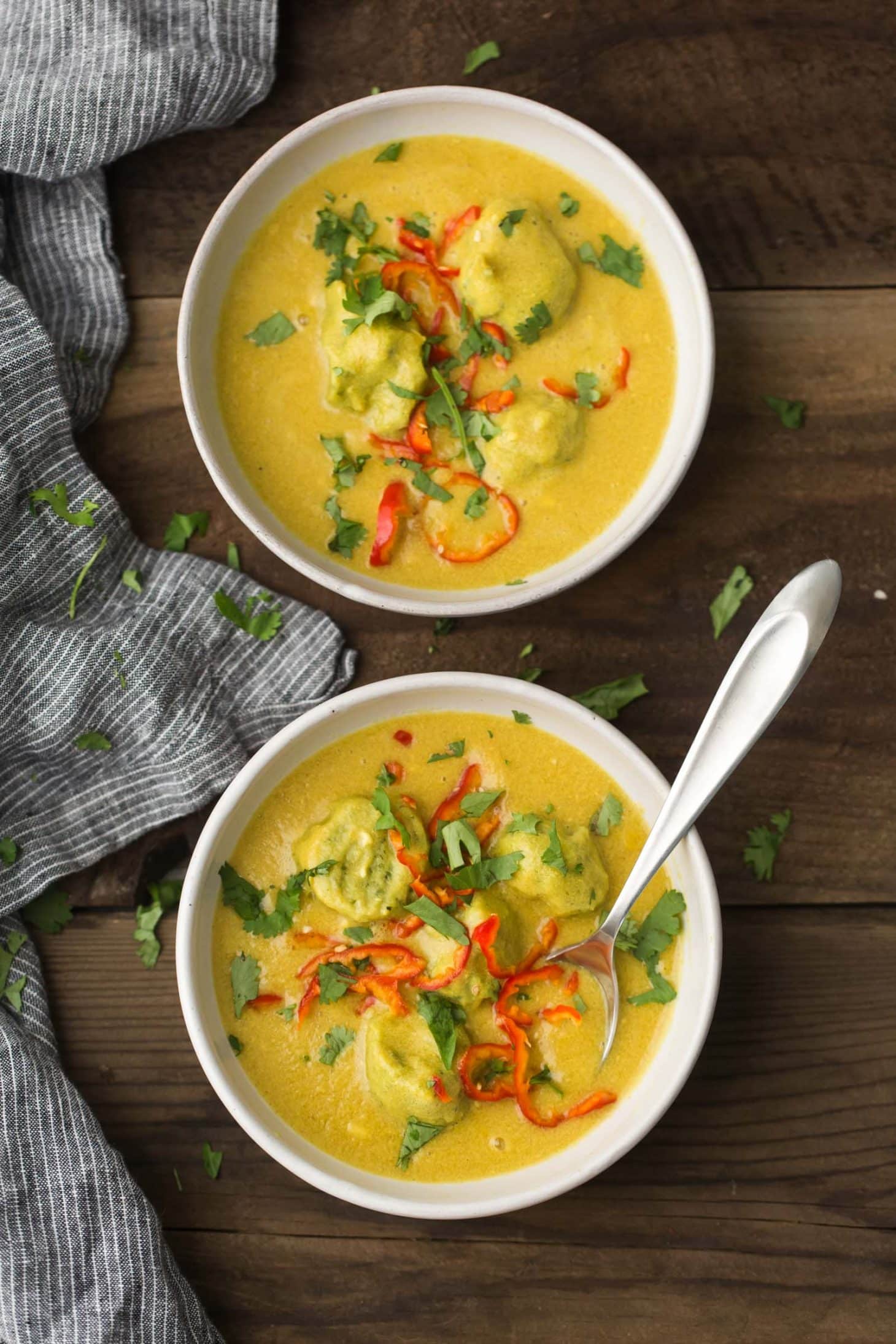