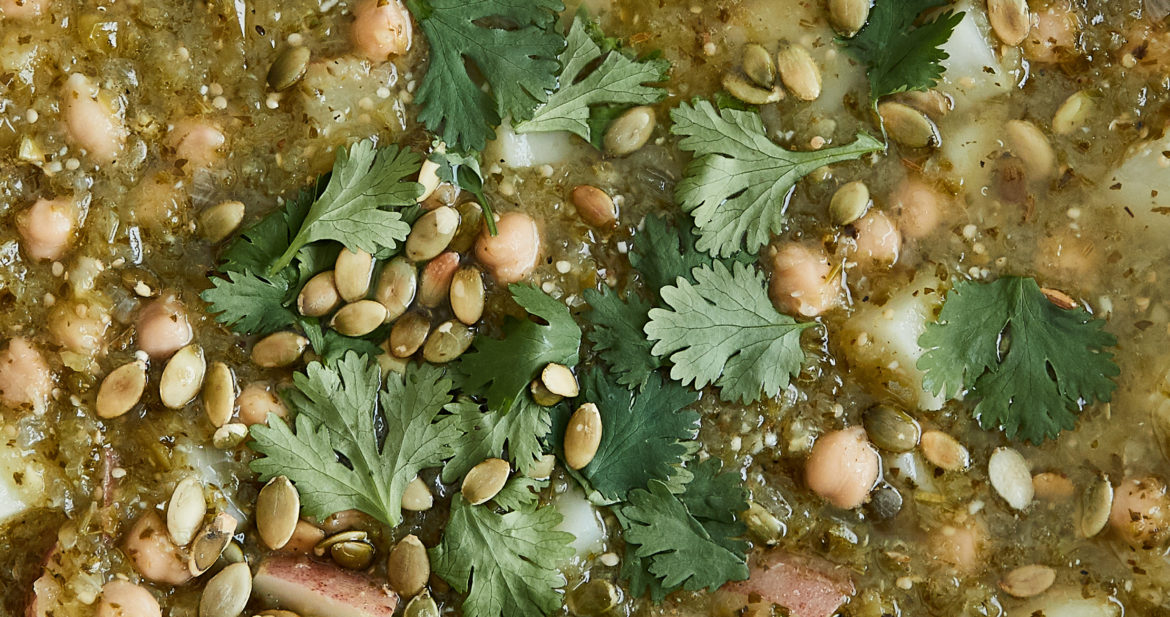 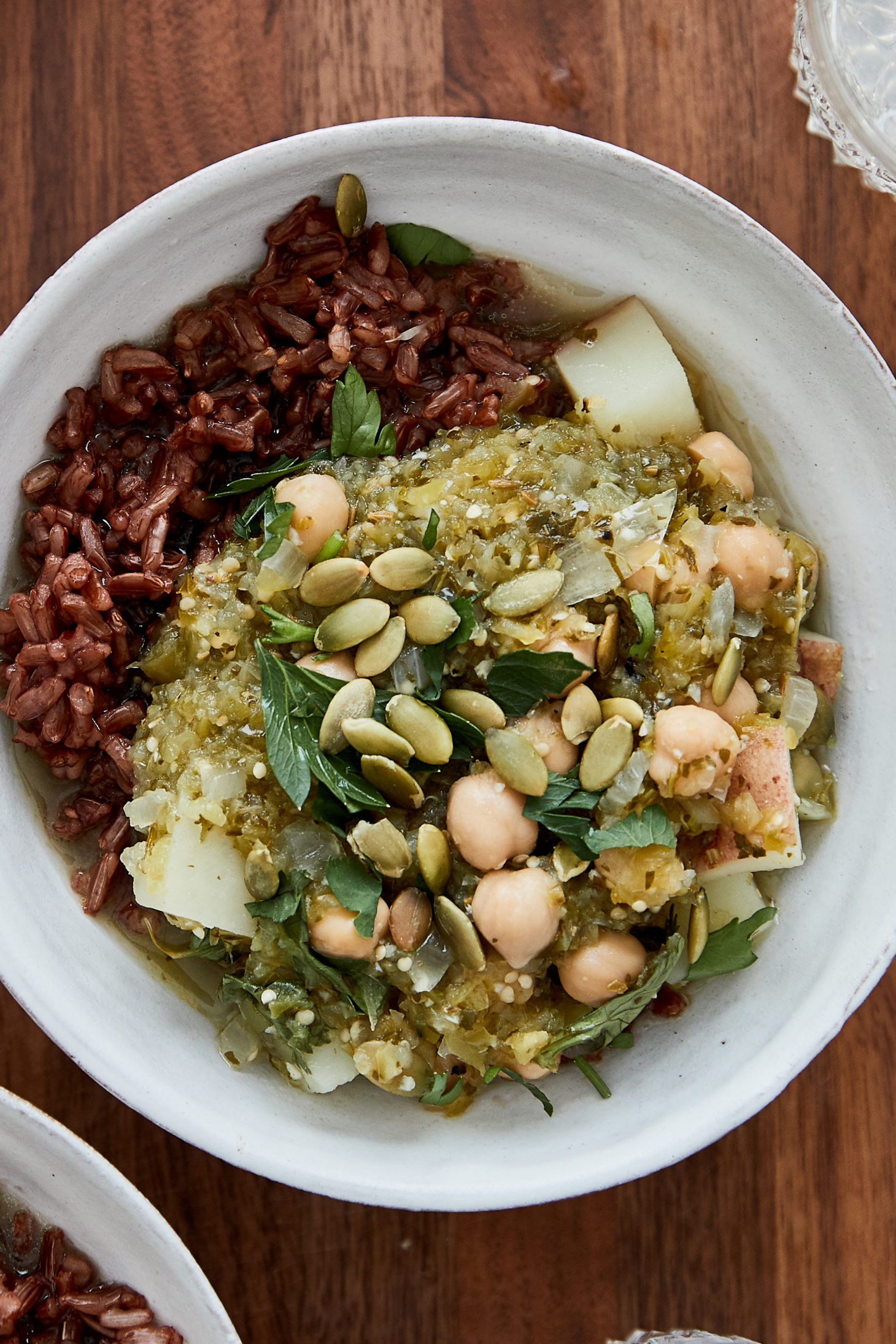 Chile Verde is a stew that is traditionally from Northern Mexico that made its way north in many different variations. As with most traditional chile verde recipes, this stew is usually heavily meat-based featuring pork that is cooked until extremely tender. Some versions feature few tomatillos but I love the brightness they add with the peppers. Also, if you’re curious about using chile versus chili- Merriam Webster has an in depth article.

I went fairly mild with the heat of the peppers in this recipe. You can always add more poblanos or use different chili peppers such as anaheim or jalapeno. Play around to find your favorite combination of peppers.

Make it a meal

Finally, this stew can easily be an extremely filling meal. You can eat it as is but I love it served over rice and usually with a freshly made flour tortilla. I used organic red rice but any variety of rice would work. 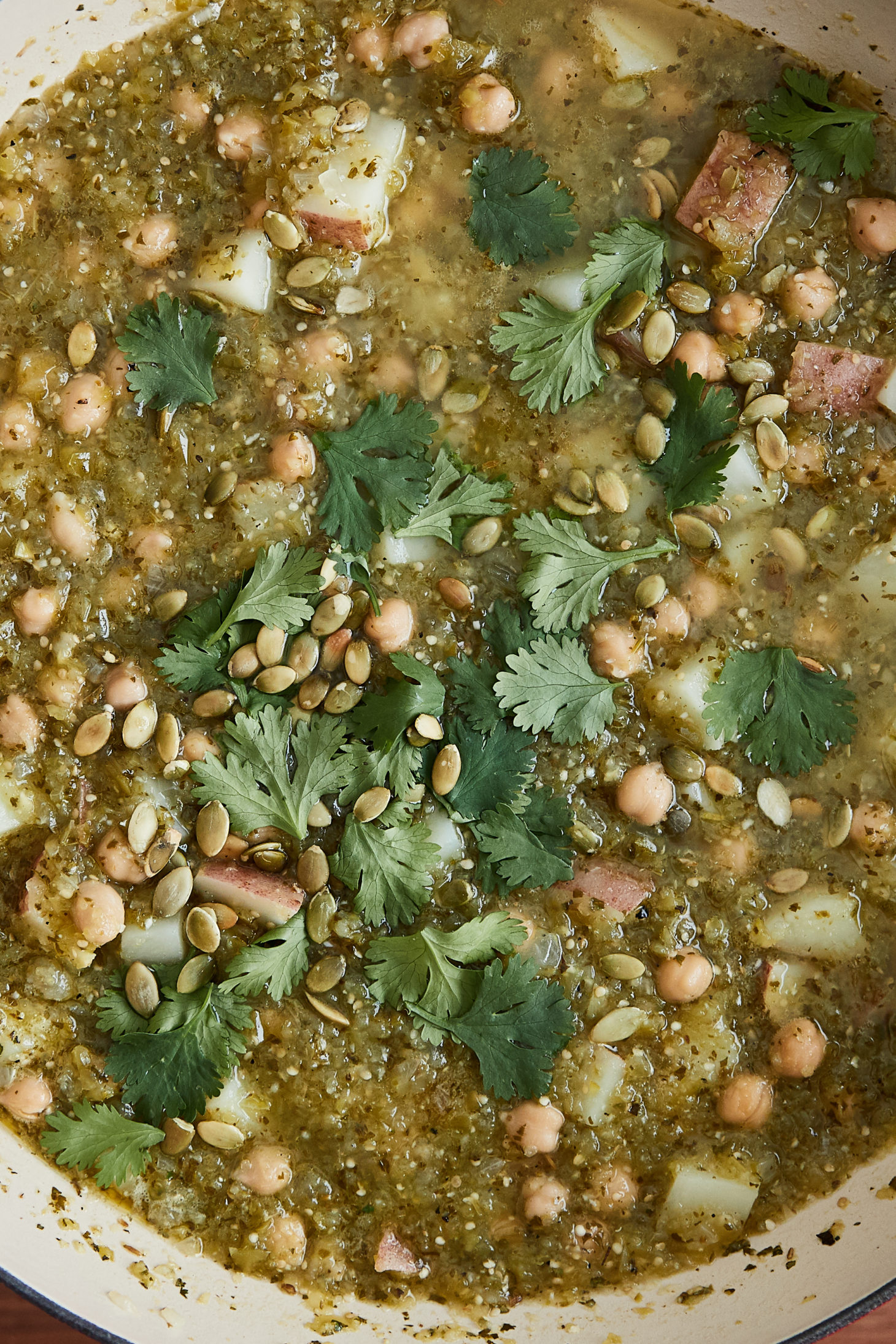 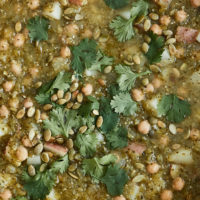 I specifically did not use my blender for this recipe. I find the high-speed blender does too good of a job by creating a creamy sauce out of the tomatillos. I like the texture and color better with the mix coming from the food processor. 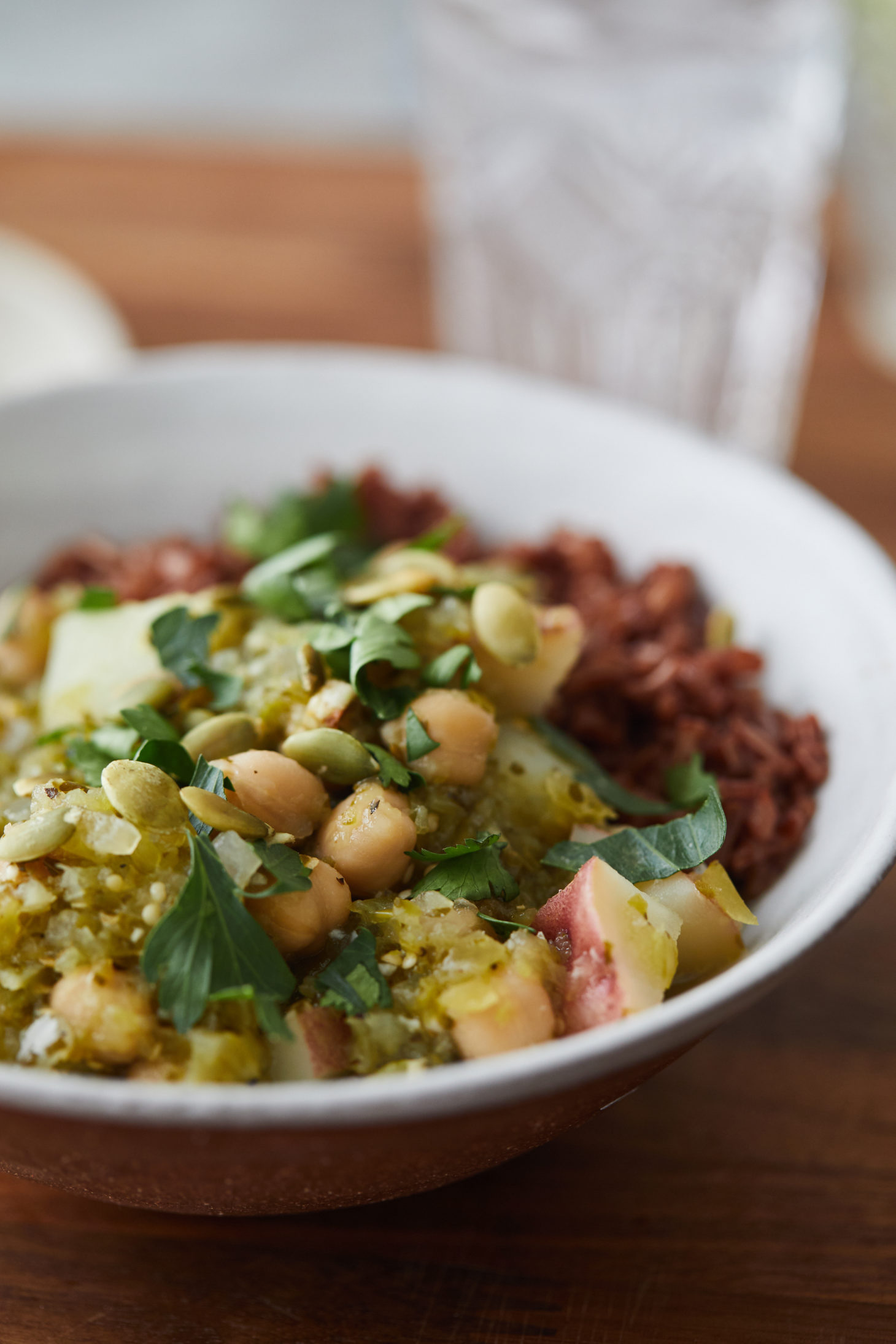