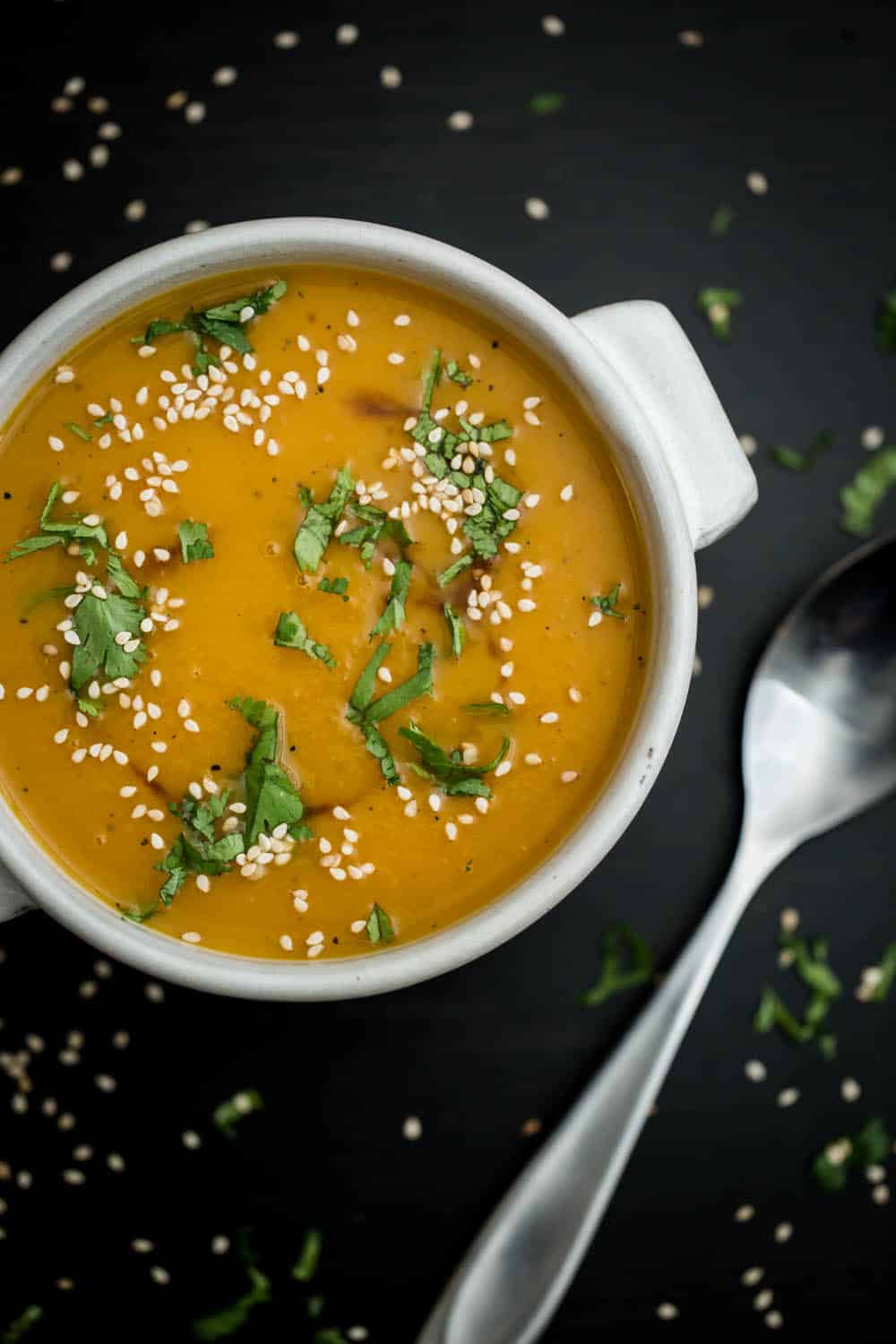 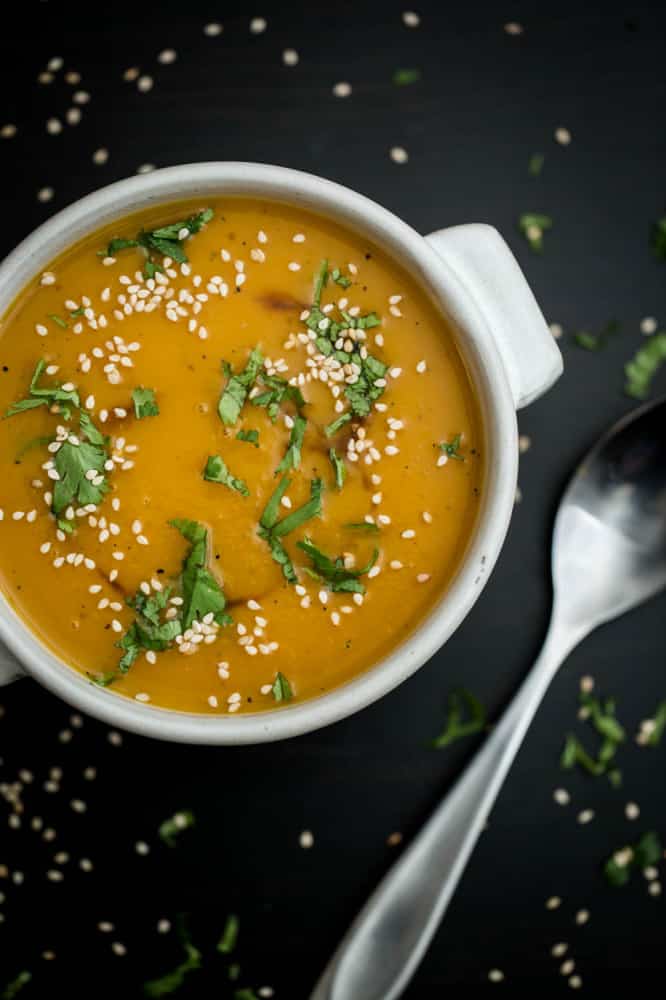 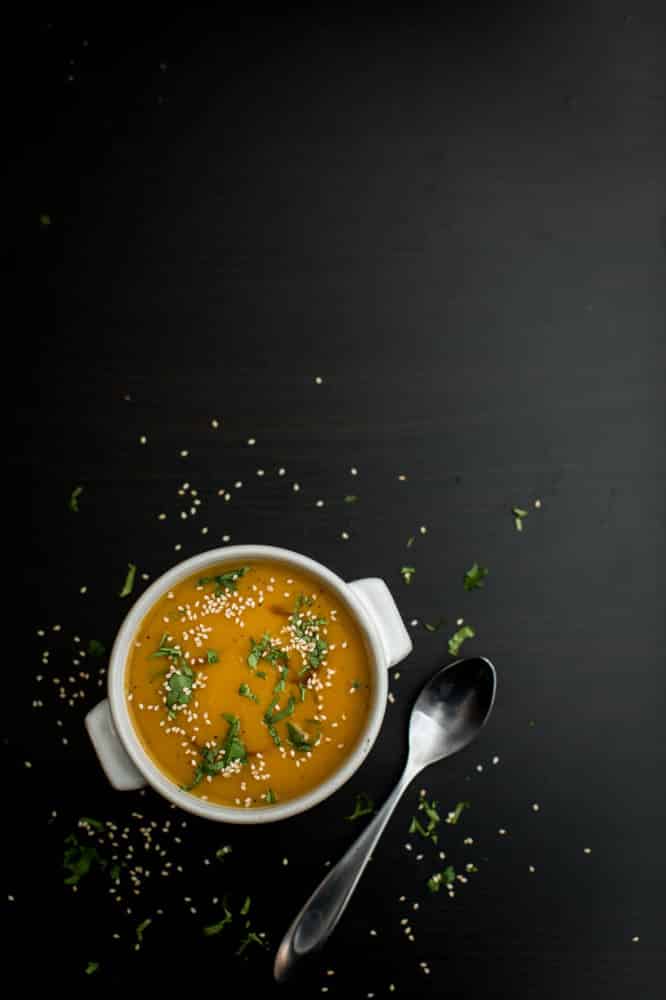 Don't be fooled, it is so far from soup weather in Sacramento. In the past couple of weeks, we've had temperatures around 100˚ for a few days and all I want right now is to have the windows open, with a nice cool breeze flowing through (which isn't looking like it's going to happen for a bit.) However, when I wasn't feeling the greatest, I was craving soup. I've had a couple butternut squash hanging around since I finished up the photos for the cookbook in June, but hadn't felt like it was time to cook it yet. I finally reached that point when I really wanted it to start being soup weather.

I think of all the soups, butternut squash is my favorite (which is part of the reason it's one of the earlier recipes on this site- although, I think it might be time to redo that recipe...) This version includes a heavy dose of ginger and a nice swirl of tamari (I've been on a soy sauce/tamari kick recently).  I go back and forth on using heavy cream in this recipe because personally, I don't think it needs it but I do sometimes love the extra bit of richness the cream adds to the soup (so seriously, feel free to leave it out!) 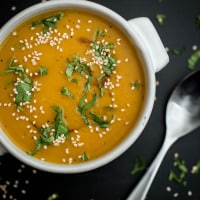 This soup is a go-to of mine and can be easily adapted to the type of meal you like. For the most part, I'll serve the soup over rice and leave the heavy cream out.