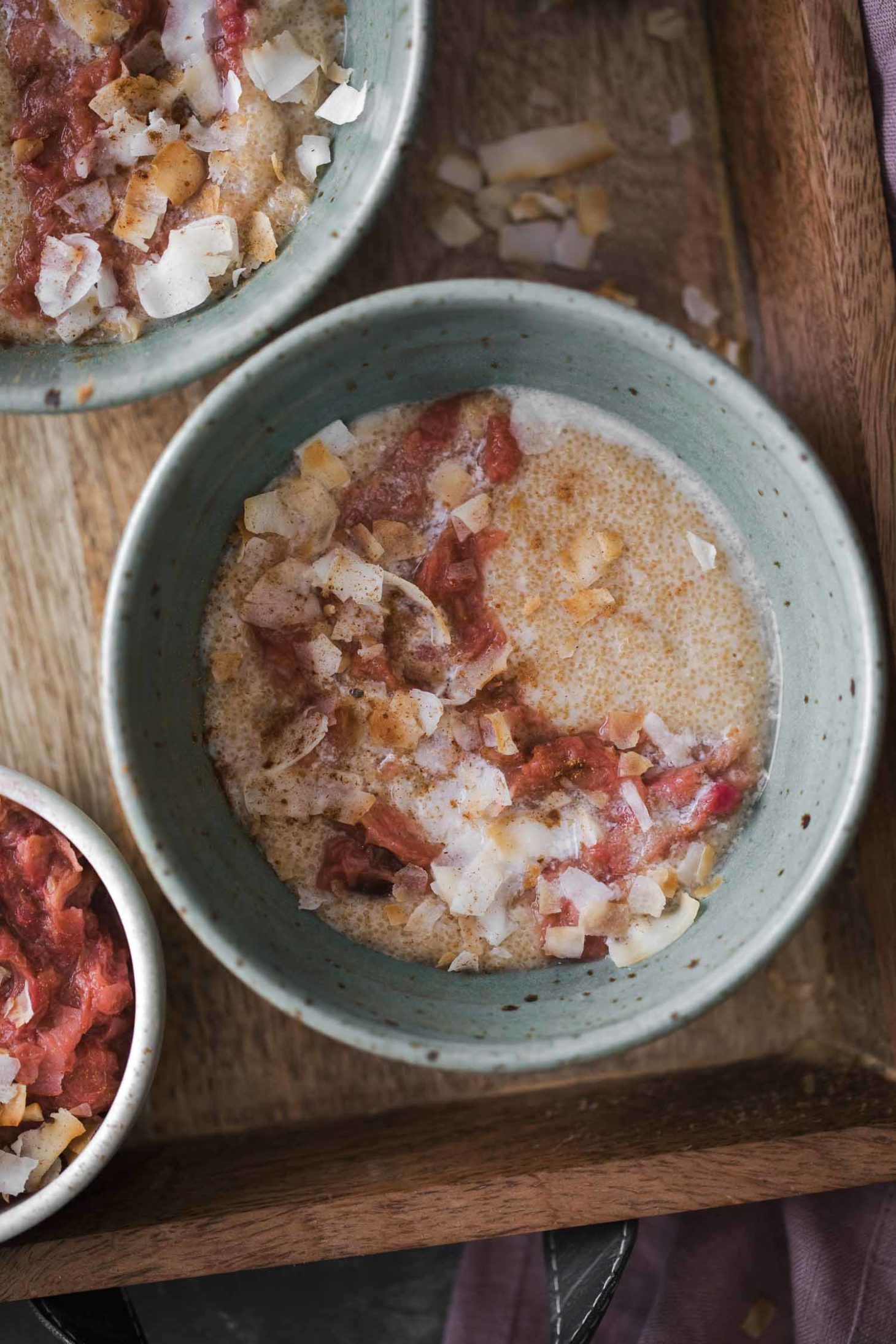 I have mentioned before that when I first started using amaranth, it wasn't love at first bite. Amaranth was definitely a grain I was slow to add to my cooking. However, this porridge was one of the first recipes that I really learned to love this pseudo-grain. One of the major flavor discoveries along the way: toast the amaranth before you cook it. The flavor profile completely changes and I found I much preferred the flavor of toasted amaranth over the raw flavor. 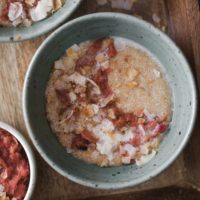 Tips + Tricks: To toast coconut, simply place it in a skillet over medium low heat and stir often until lightly brown and aromatic.

Given this is a pretty solid grain porridge, there are many ways you can swap things around given your desired tastes and what you might already have on hand.

Grains: Millet, buckwheat and quinoa also work well in place (or with) the amaranth.

Strawberries: The rhubarb is really quite tart and it can be hard to balance the tartness with not going overboard on sweetener. Try adding equal amounts of strawberries to help.

No Coconut: I don't always have coconut on hand but most of the time have cream (or a nut-cream). Feel free to use those in place of the coconut milk. 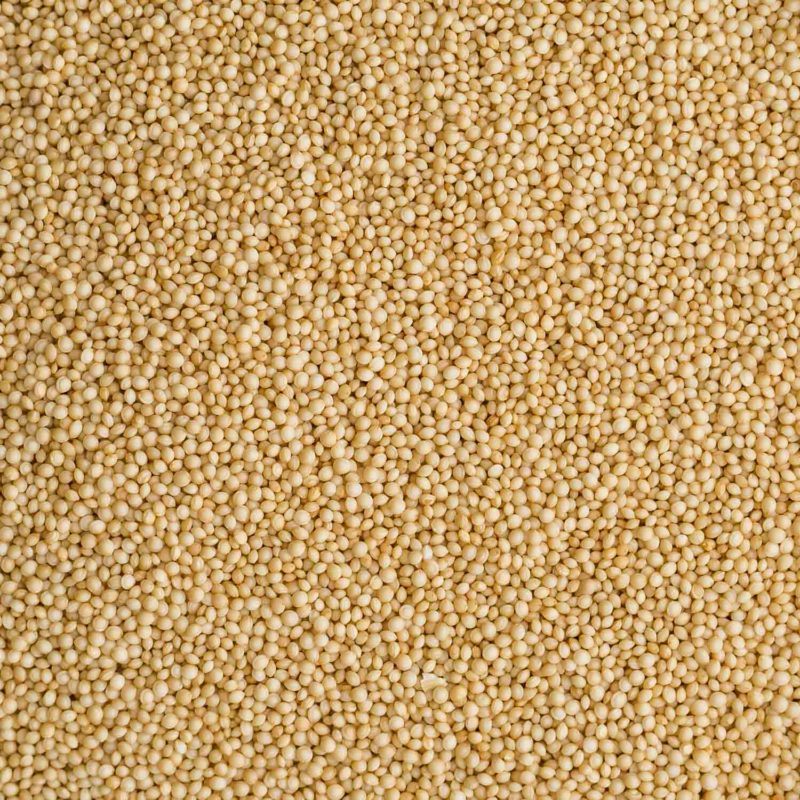 One of the things I love about amaranth is that, given a plot of land, I could grow it. The plant produces beautiful flowers, edible leaves, and a plethora of tiny seeds. Amaranth cooks in less than 30 minutes and is wonderful for porridges. A few of my favorite amaranth recipes: