There are often lessons I learned in childhood that I still have to work on as I begin adulthood. 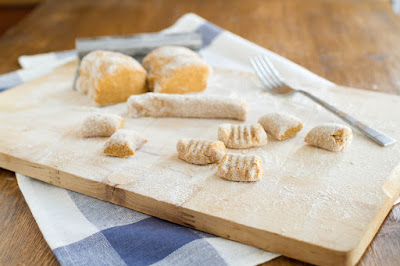 I can’t even begin to count how many times I was told to not “judge a book by it’s cover.”  I think this is something with which society struggles.  We often take things at face value or hearsay which I think often leads us to missing some of the greatest things in life.  Maybe it’s my drive for knowledge and understanding, but I try hard to not take things at face value.

While it’s a lesson that goes beyond cooking, these little gnocchi were a gentle nudge that even after twenty-five years, I still need a reminder.

I’ve never made gnocchi before and if I’m being honest, I’ve never even tasted one.  Living in a less diverse area, I’ve only ever seen gnocchi pre-packaged and they always looked unappetizing.  I’ve never attempted to make them because without even looking at a recipe I wrote it off as labor intensive and not worth my while.  I judged this dish without even thinking twice. 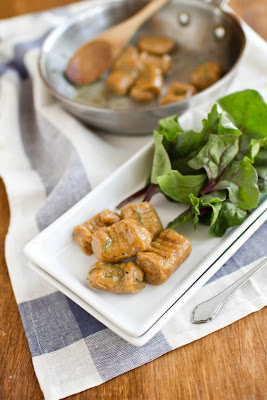 Then I started seeing more and more  gnocchi recipes pop up around the web.  So I set aside time in the afternoon, looked for a recipe, and realized that gnocchi are actually one of the easiest, not time-intensive recipes.

This recipe screams fall with the sweet potato, cinnamon, and maple syrup.  The whole wheat flour also adds a bit of earthiness to the gnocchi as well.  I will be making this again (and again!) 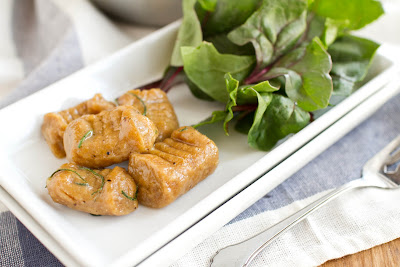