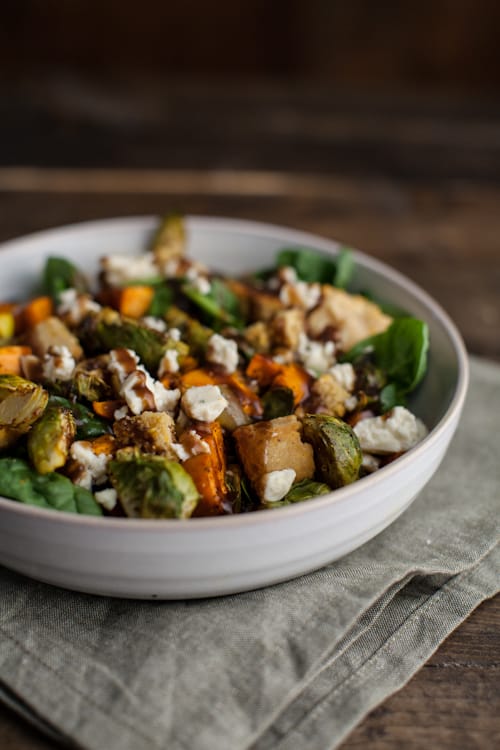 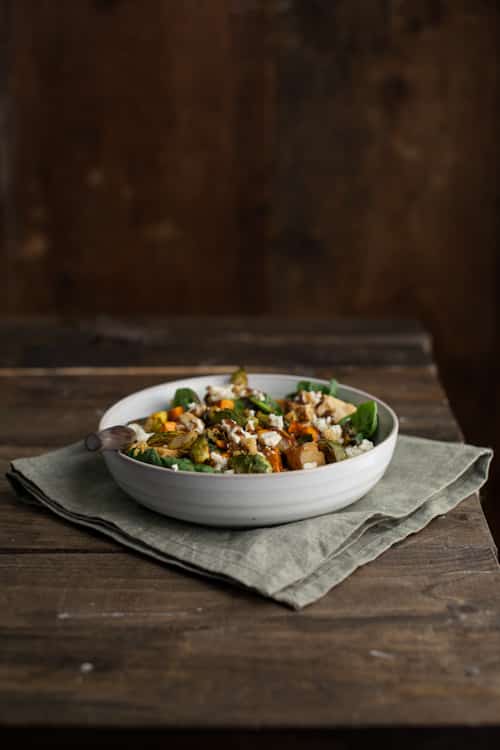 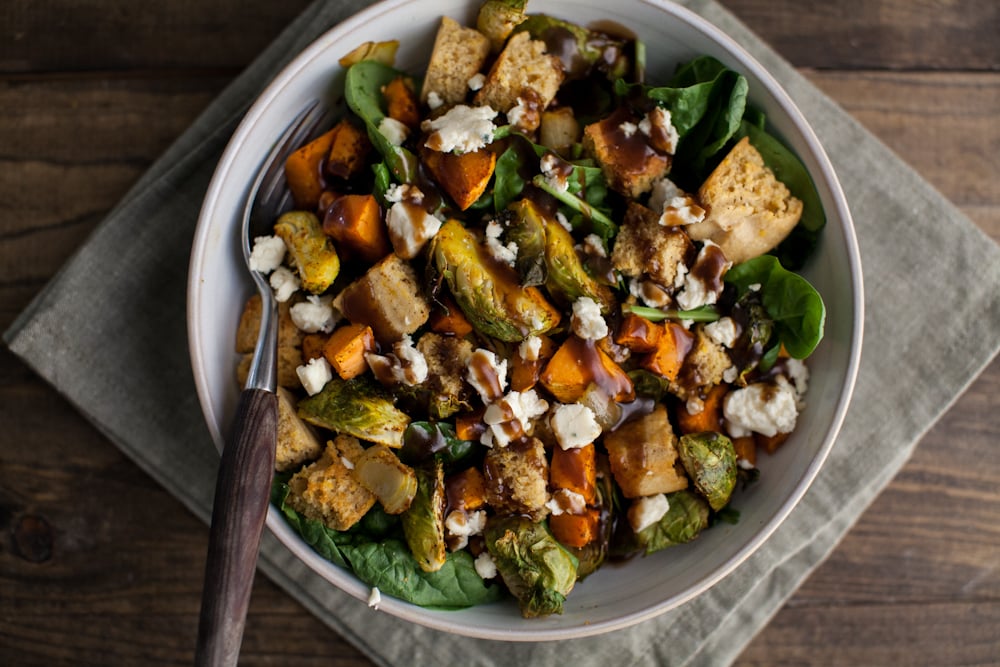 The title that was too long but actually describes the salad: Roasted Sweet Potato and Brussels Sprout Cornbread Panzanella Salad with Blue Cheese and a Maple Mustard Vinaigrette. A bit wordy, huh? I've been staring at Laura's many awesome panzanella salads (I think she's the queen of these salads) and then I saw Ashley post a cornbread version (gluten-free too!) I couldn't resist making a fall version with cornbread because let's be honest, I love cornbread. All the cornbread that didn't go in the salad? I ate. Smeared with butter and honey.

Don't be intimidated by the seemingly long list of ingredients. The cornbread is a simple two-step process, as is the roasting. The salad comes together quickly once the cornbread is made and the vegetables roasted. I think this salad would also be lovely with different fall produce like pumpkin, butternut squash, parsnips, rutabagas, or anything else your heart desires. I'm in love with the maple mustard combo (that I first started using with this twice-baked potato.)

*Cornbread had be made the day ahead. However, I've also been known to bake the cornbread, let cool slightly, and then re-toast all while the vegetables are roasting.