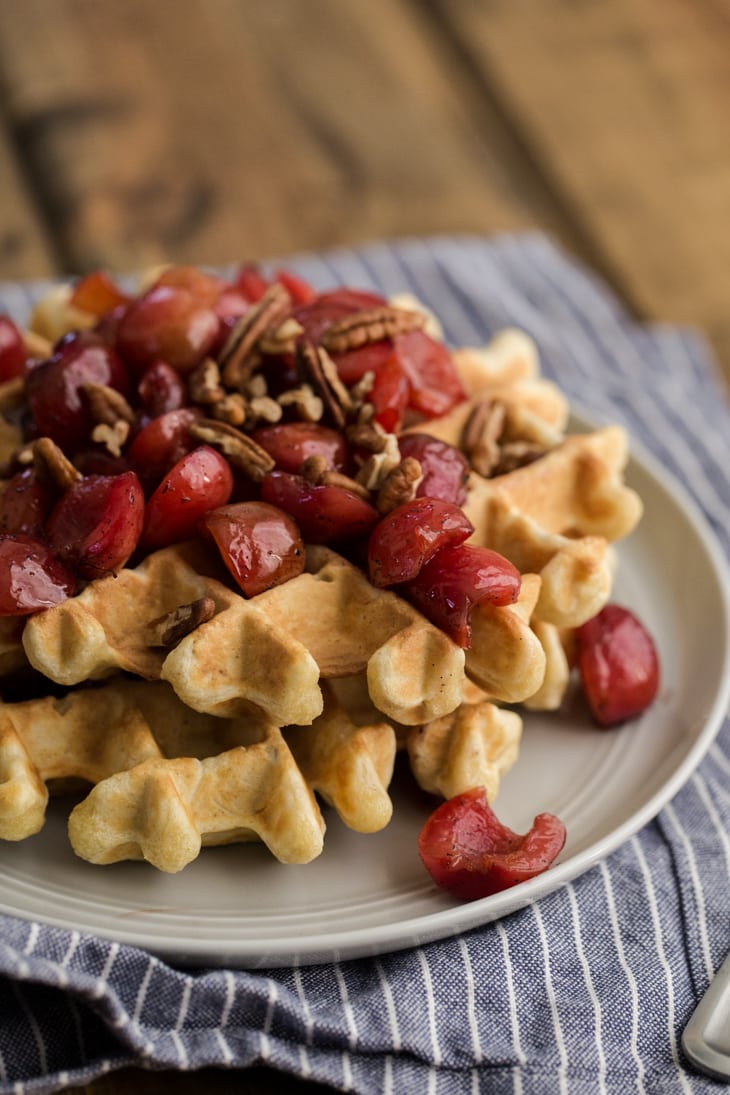 For 99% of things I own or have, I don't hoard. I like simplicity, hate clutter, and am a minimalist at heart (which I'm sure shows in my hardly-styled photos). In the kitchen, I'm the exact same way but there's always a few key items that I hoard like it's my job and two of those items are featured in this recipe.

The second cherry season starts, I go a bit crazy and way overspend. Both M and I will grab a bowl and snack on them all day. To me, they are the perfect fruit snack. I've also been known to hoard vanilla beans. When I can, I sneak in the vanilla bean instead of vanilla extract. I love the extra flecks the vanilla bean adds to the overall dish on top of the lovely vanilla flavor (that I find actually comes through better than using vanilla extract). This recipe is really all about the cherry topping (but don't be fooled- the waffles are great too!) 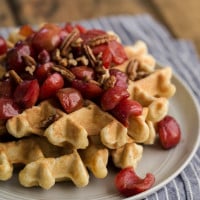 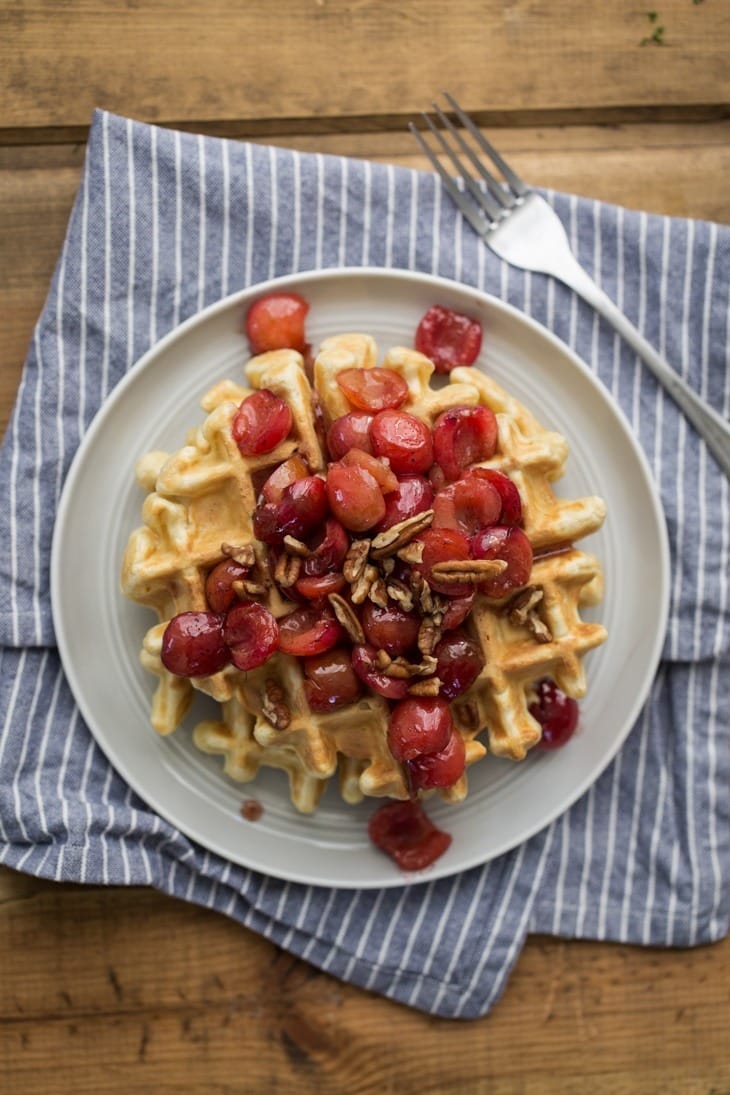