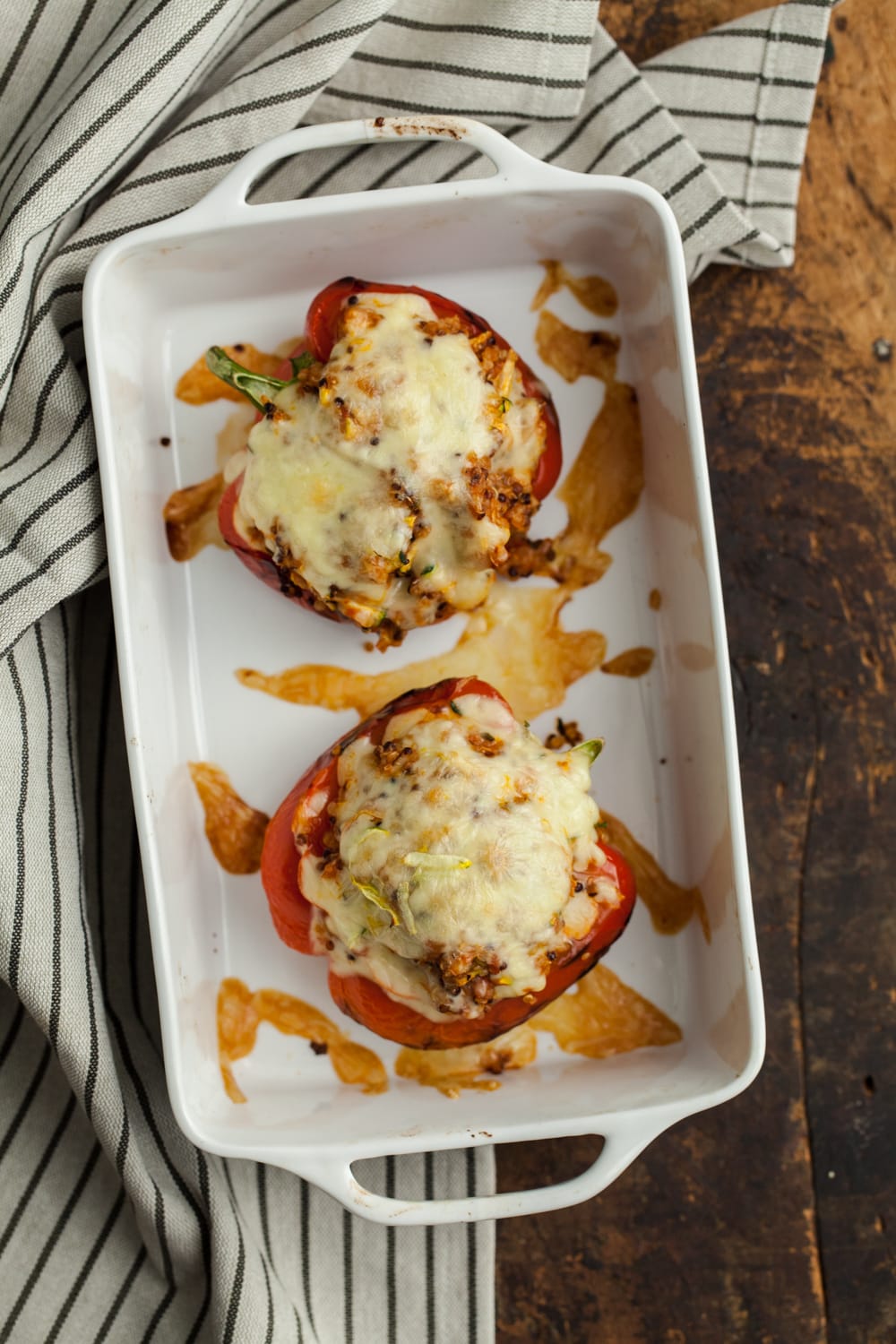 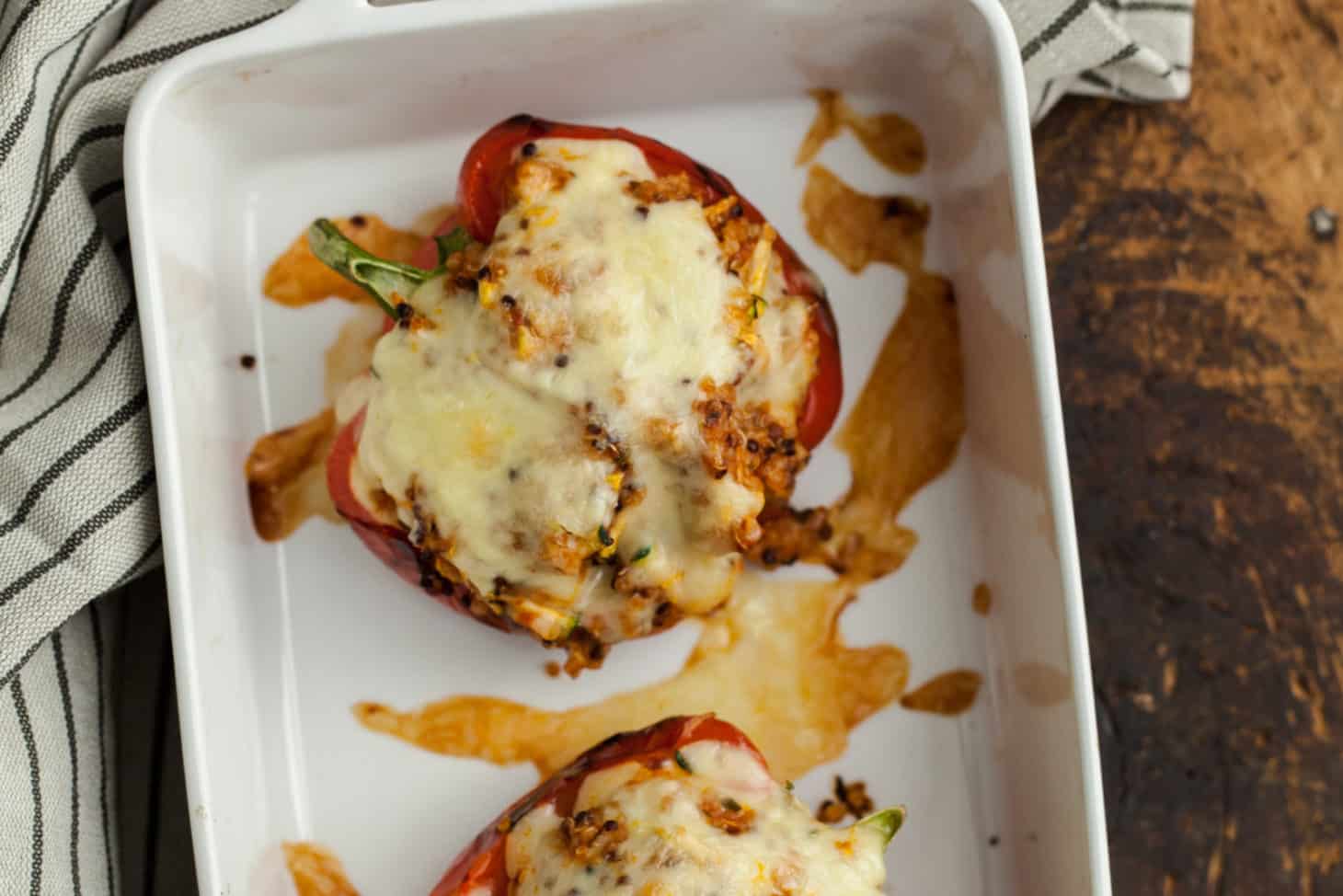 As promised, a recipe. But before I dive into this post, I just wanted to say thank you for the outpouring of amazing emails/comments after yesterday's post. While the internet can be a place of chaos and angry people, it's also an amazing tool to bring people together. So thank you, so much.

Now, this recipe. I mentioned almost a year ago (where is time going!?!?) that I started writing an article for the San Jose Mercury news. The recipe is suppose to embody 'fast and furious' for those weeknight dinners that need to be on the table in less than 30 minutes. Stuffed peppers are one of my go-to fork/knife vegetarian meals because you can really stuff it full of anything and call it a meal. This particular pepper calls for a quick cooking grain (quinoa) and also pre-made tomato sauce (either store bought or homemade!) However, if you have any leftover grains sitting around- you can replace quinoa with anything you like (millet and barley are a couple of my favorites!) 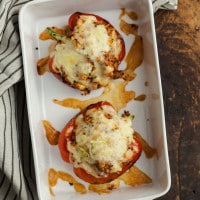