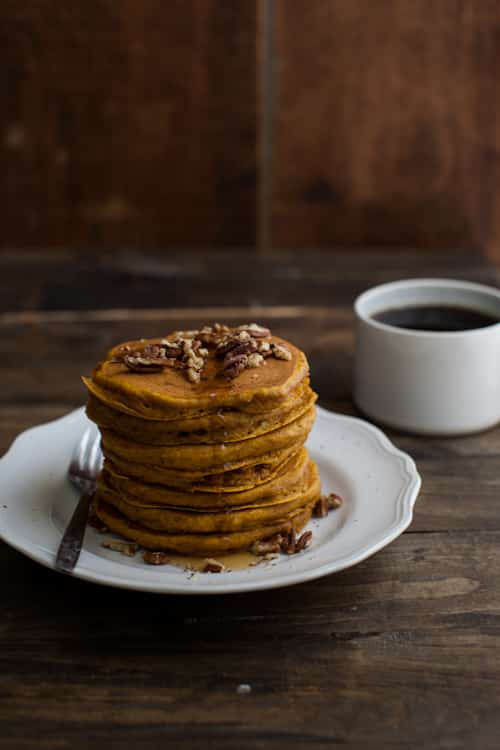 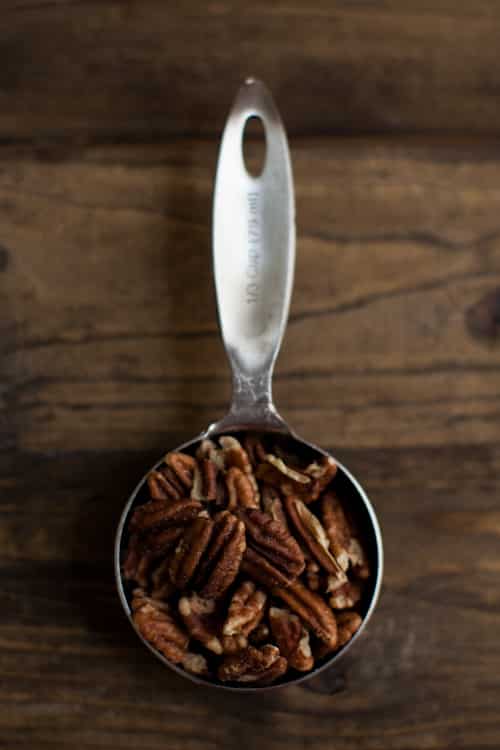 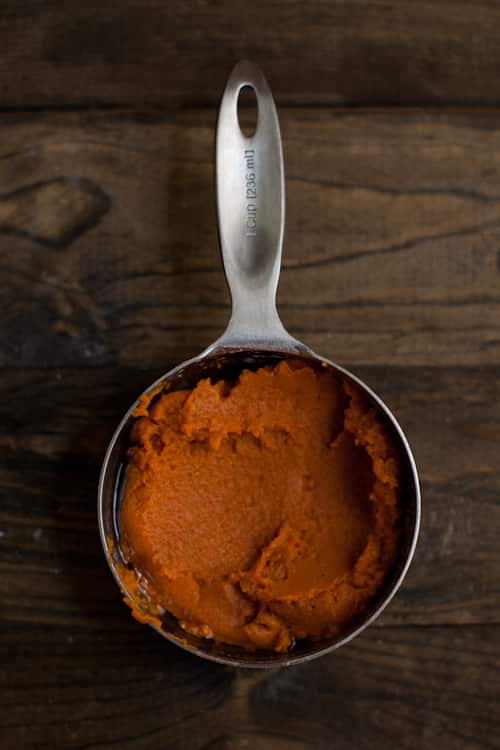 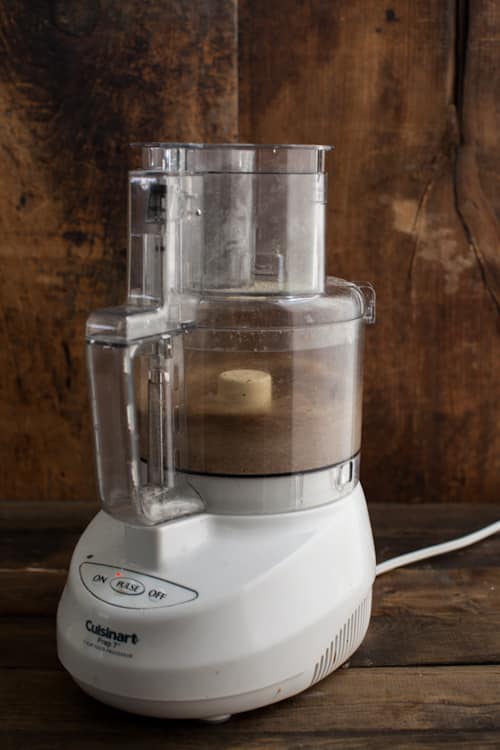 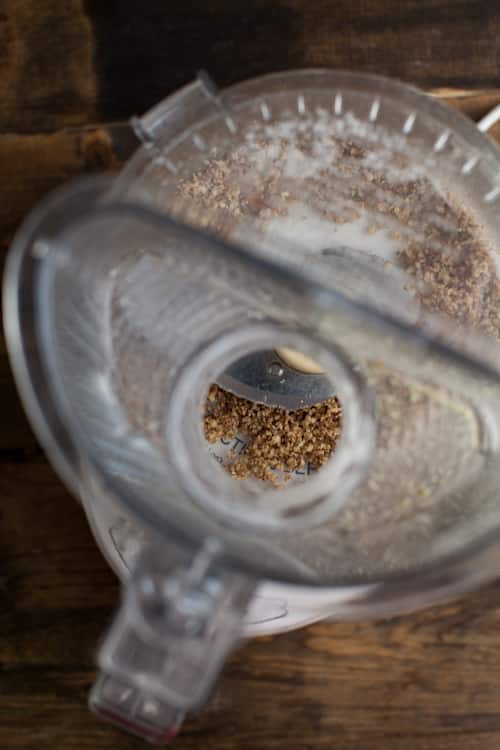 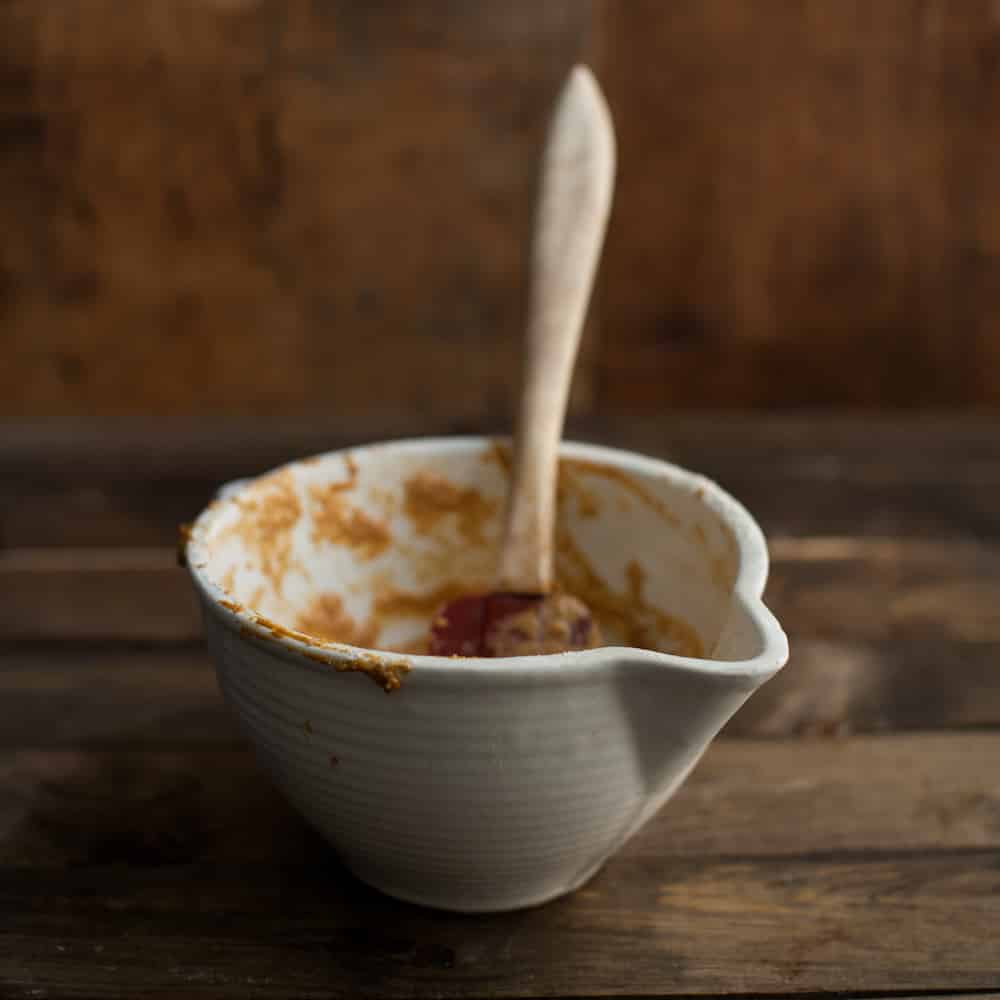 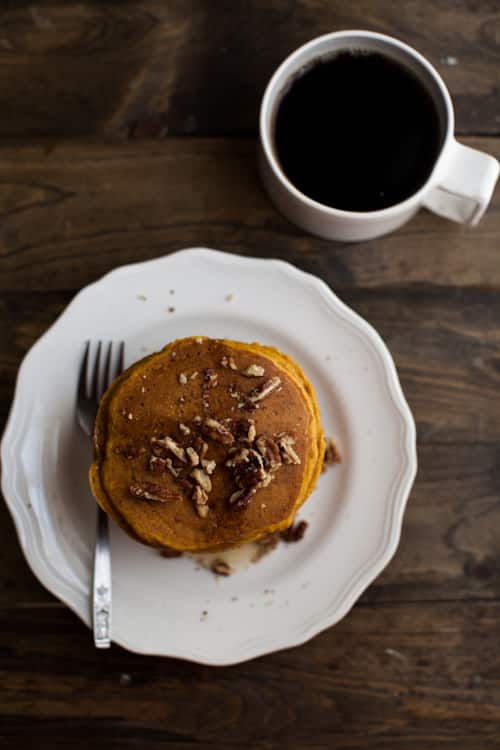 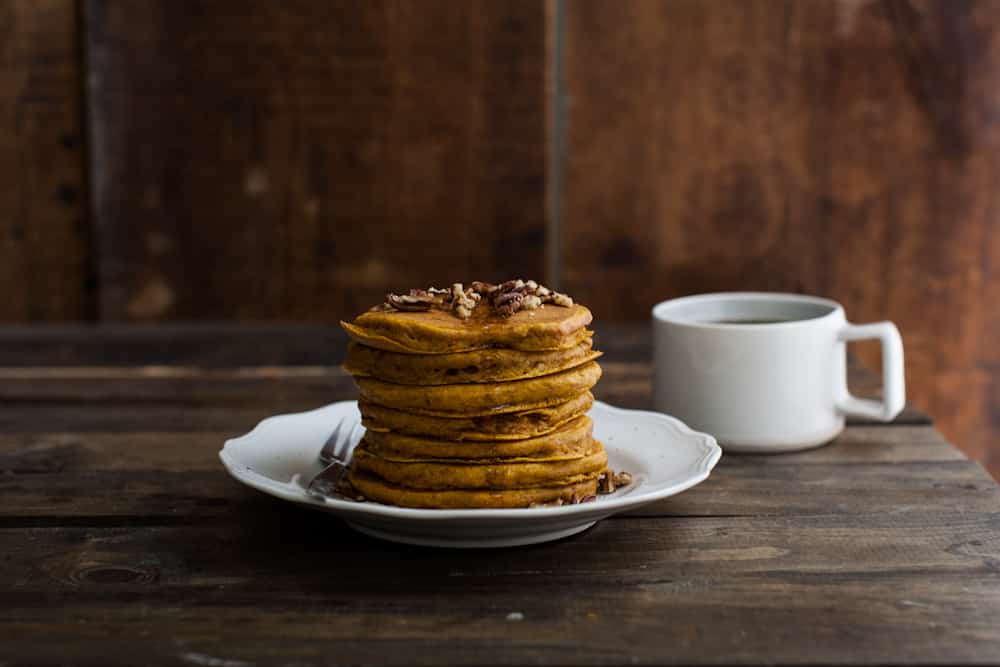 While I was tumbling down the pinterest hole, I saw someone had pinned my brown butter pancakes. I took a second, only one second, and thought to myself: “I need to make these again, but with pumpkin!” You really can’t go wrong with the flavor of brown butter and pecans, but add pumpkin and it’s such a wonderful fall treat.

I tend to leave the batter fairly thick to create hefty pancake but if thin pancakes are your thing, just add a few extra tablespoons of milk. If you don’t want to buy a vanilla bean, add a touch of vanilla extract.

Butter: If you didn’t want to take the time to make the brown butter, you could just use regular melted butter. The flavor won’t be the same but you will still have some lovely pumpkin pancakes.

Mix up the nuts: There’s rarely an occasion I don’t have pecans in the house but if on the off chance I don’t, I’ll use walnuts instead. I recommend keeping the nuts, it adds a nice bit of texture to pancakes (which may seem odd, but this is coming from the girl who will occasionally add granola to pancakes).

Use up the leftover puree: Make this soup, some pumpkin latte syrup (I’m obsessed), porridge, or my favorite pumpkin oat bread. 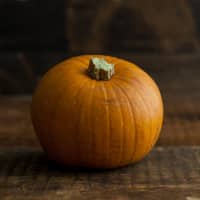