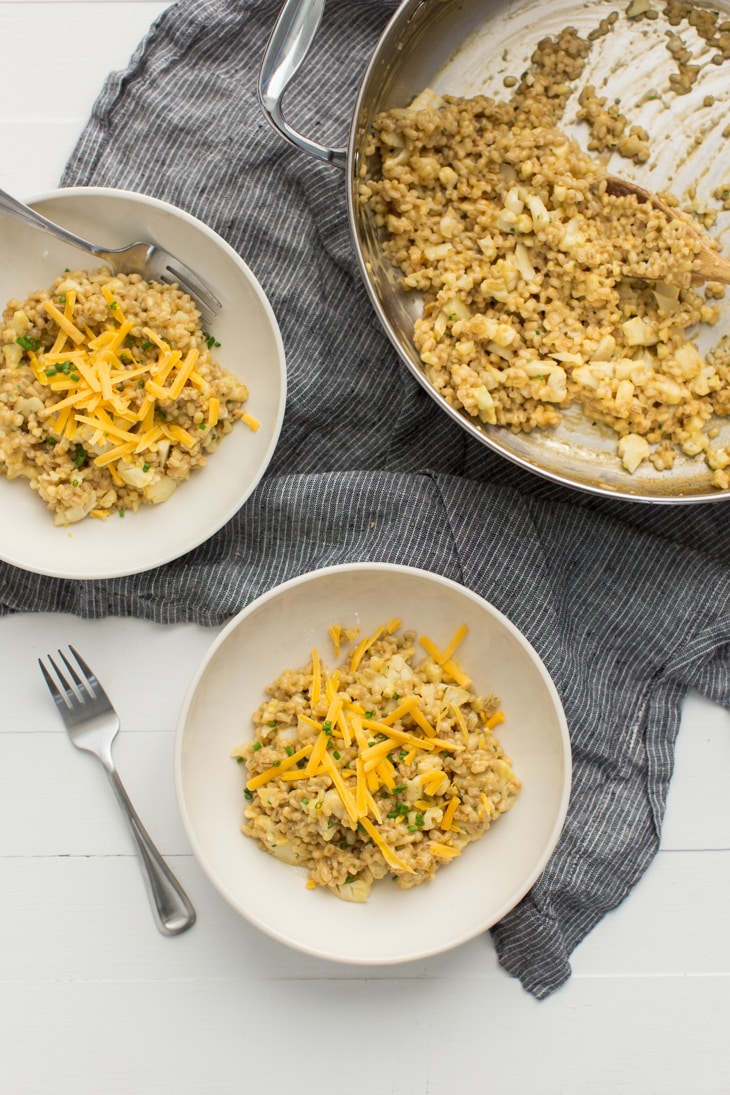 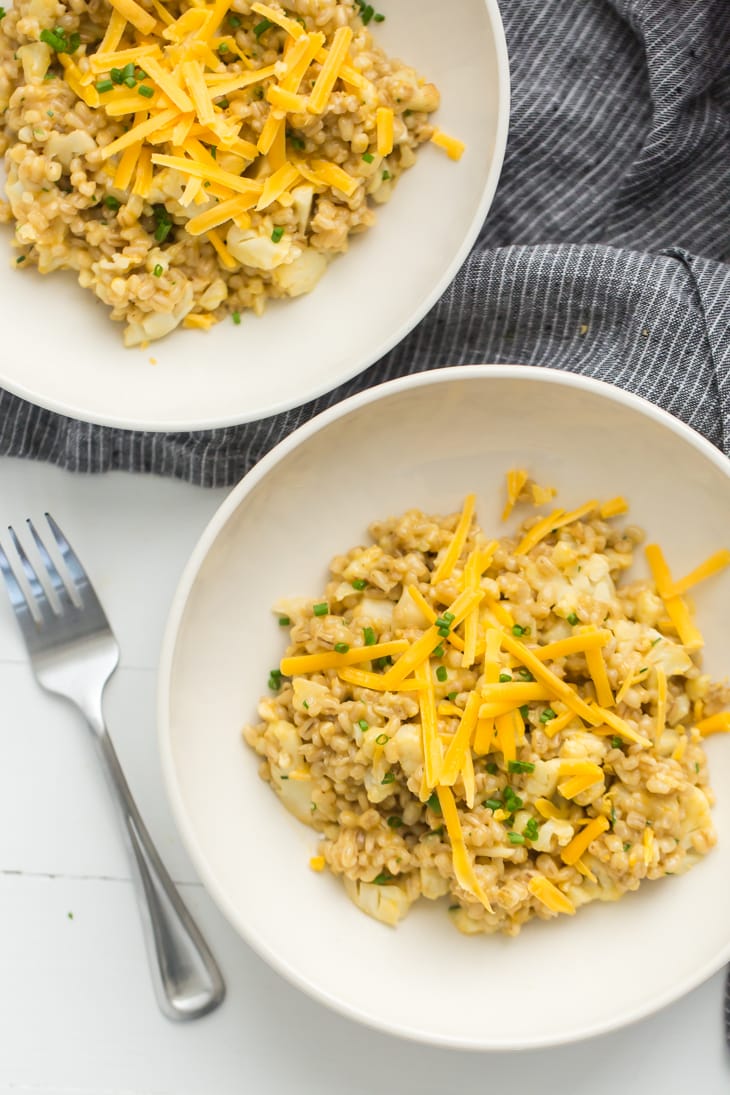 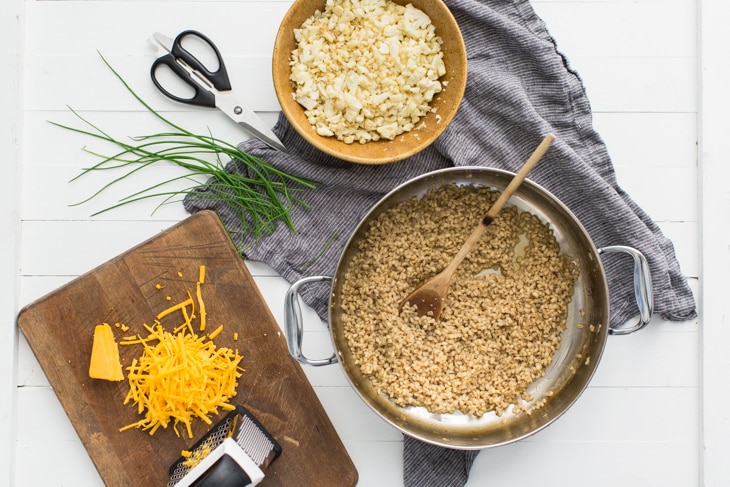 It is quite amazing what pregnancy forces one to do in terms of food. I’d be telling you a bald-faced lie if I said that I ate like you see on the blog 100% of the time. I try but I have my days where I run out of steam by 3:00pm, days when even looking at the kitchen makes me cranky, and days I just want to treat myself. M and I order pizza or go pick something up but as of late, it’s no good. If I even look at a french fry the wrong way, I get heartburn. BBQ Chips? Forget it. Oh, and that pizza? No way. (Mind you, I tried to limit these things while I’ve been pregnant, but I still like to splurge).

Given the heartburn, I’ve been cooking up a storm. I love a good barley risotto and contrary to some beliefs, it’s really not that hard- it just takes some (passive) time. I’ll often make barley risotto if I need to do a bit of kitchen cleaning. If my recipe direction reflected that, it would be: add the 1/2 cup broth, wipe the counters down, add another 1/2 cup broth, empty the dishwasher. Then before you know it- you have a clean kitchen and something delicious for dinner.