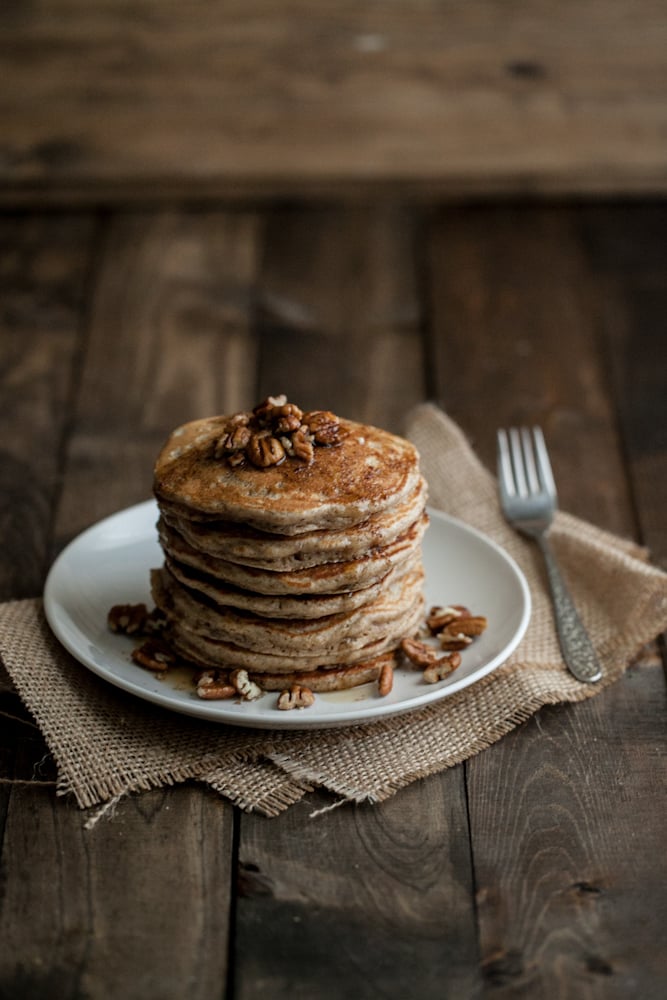 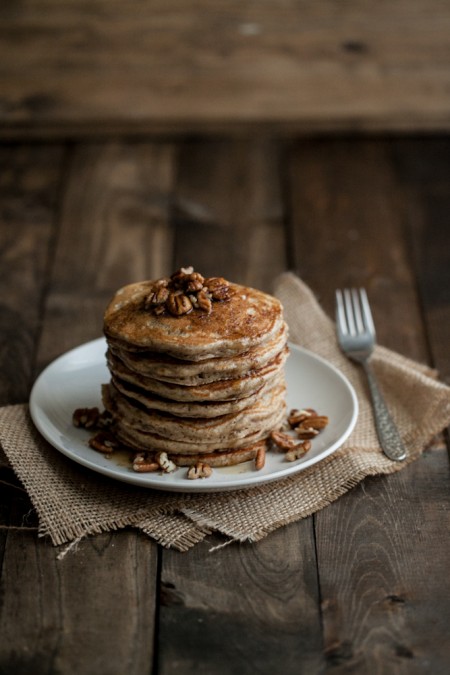 M and I kind of have a running joke/tradition about my birthday and it's called, "birthday week." I think birthdays are less about the actual day on which you are born but more about the idea of celebration. Celebrating the fact that I am indeed alive and life is good! While ideally I celebrate those two facts every day of the year, the week of my birthday feels just a bit more special. 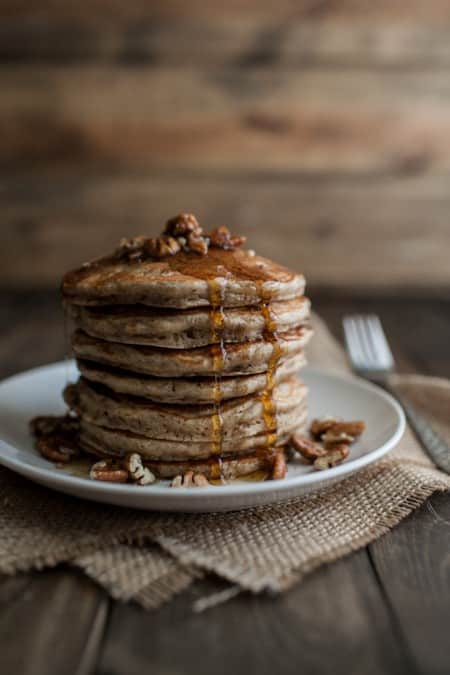 I tend to do smaller things to treat myself and then explain it by saying "it's my birthday week." Occasionally this can be used against M in that I'll ask him to do something, followed by "it's my birthday week!" Of course, it's rather hard to pull this from 2000 miles away (I tried the "fly home, it's my birthday" but we both knew that we had neither the time nor money for that). 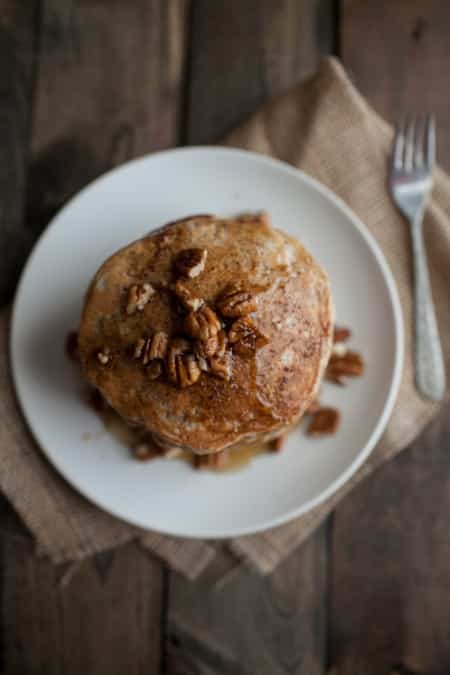 These started the week. You can't go wrong with a giant stack of pancakes and a little extra butter. The pancakes are hearty, extremely nutty, and a bit on the richer side than I would normally make (and no,  I didn't eat this entire stack of pancakes. I wanted to but some semblance of self control stepped in). 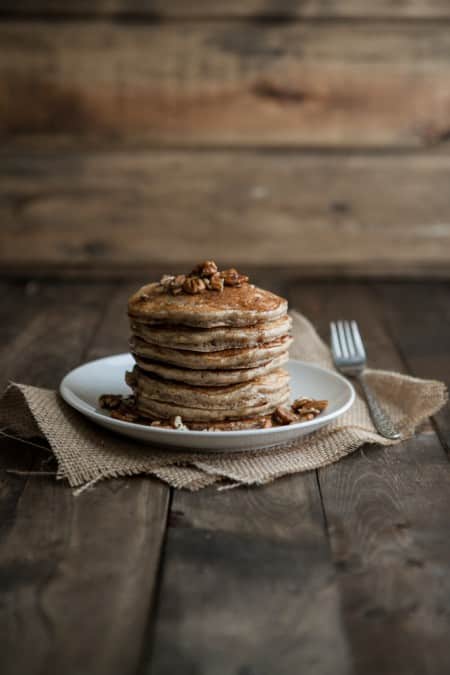 (PS- not a treat to myself but still fun, Wooden Spoons Kitchen launched a new site design this morning for Warm Vanilla Sugar. Be sure to pop over and check out Katrina's new look!) 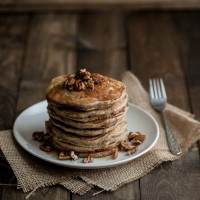 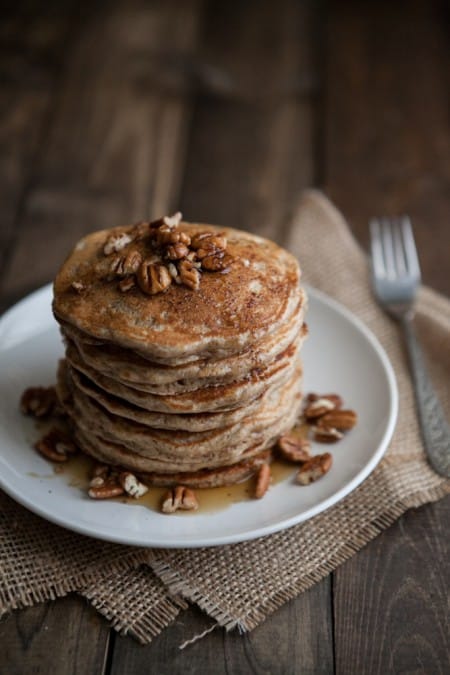