I’ve recently had a pretty major life realization and it came from watching college kids blow through four-way stops.  There seems to be an epidemic in my town that coming to a complete stop and waiting for people is too big of a waste of time.  From there, this extrapolated to seeing other various behaviors that made me realize, everyone seems to be in a a freaking hurry to go everywhere.

And then I realized, this included me.

When I was younger, I would hang out with my cousin who lived out in the country.  For fun, she would go outside, sit, and just listen to enjoy the fresh air and surroundings.  I on the other hand who get annoyed and go find other “entertaining” things to do.  I think that this was the start of my downfall.  From there, things only got worse.  One of M’s big pet peeves about me is that I cut people off.  If I’m walking behind slower people going into a store, I purposely speed up to get ahead of them (which I never realized I did until he graciously pointed it out.)  I could spend hours giving you examples but I think you get the point.

It’s like a light bulb clicked and it only took my dog almost getting hit by a college kid who decided he didn’t want to wait for us to cross the street:  There is really no point in rushing.  Those 10 seconds or 30 seconds you gain by rushing aren’t really that big of a deal and always being in a hurry to stuff isn’t always important. 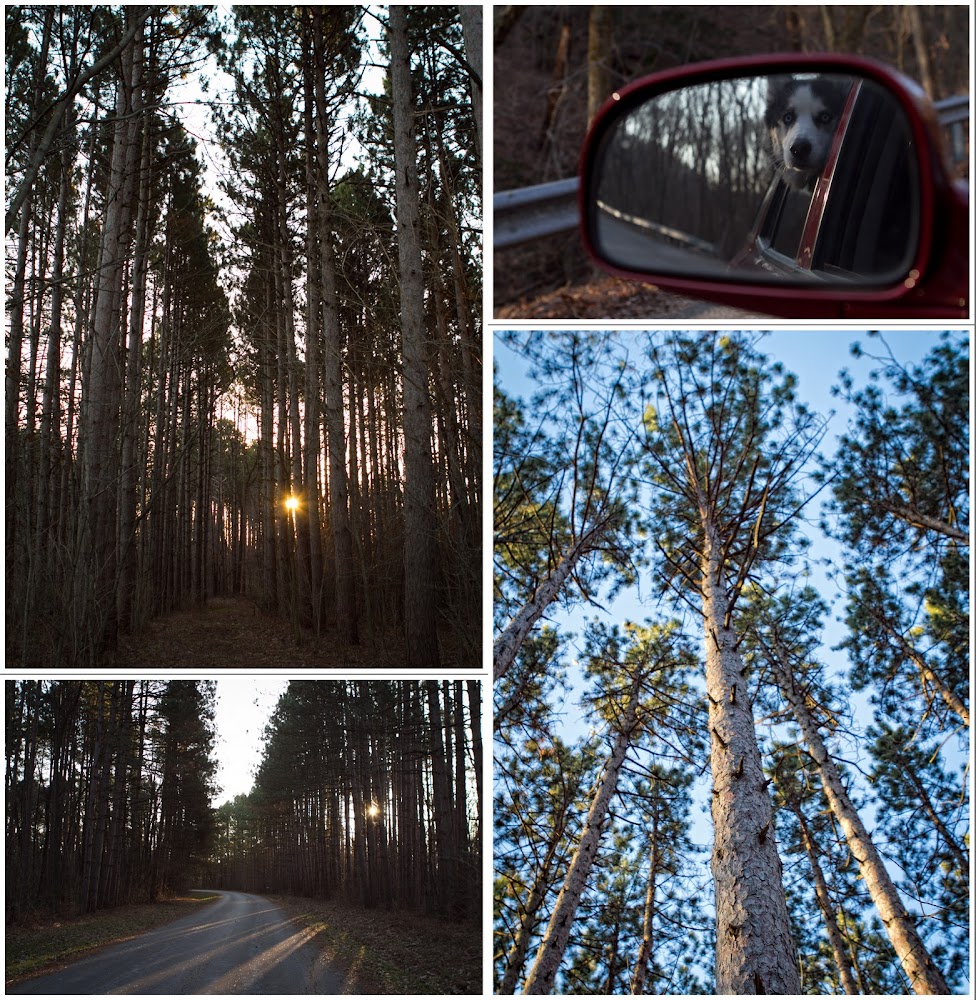 So Saturday morning I went out hiking with the dog and enjoyed.  When we finished I let  the dog explore and I sat basking in the sunlight, drinking coffee, and enjoying my surroundings.  I haven’t felt this good in a long time.  Sure, there will be times I have to hurry but this new found ability to slow down is amazing.

While out on this grand hike, I also had another idea.  I’ve recently discovered the ability to mix flax seed with water and have the outcome be a gelatinous substance.  The discovery first came while reading Gluten Free Girl and her discovery that you didn’t need xanthan gum when you used flax seed as a binding agent in gluten-free breads.  From there, I began to research all about flax seeds and soon realized they could make for a great egg substitute. 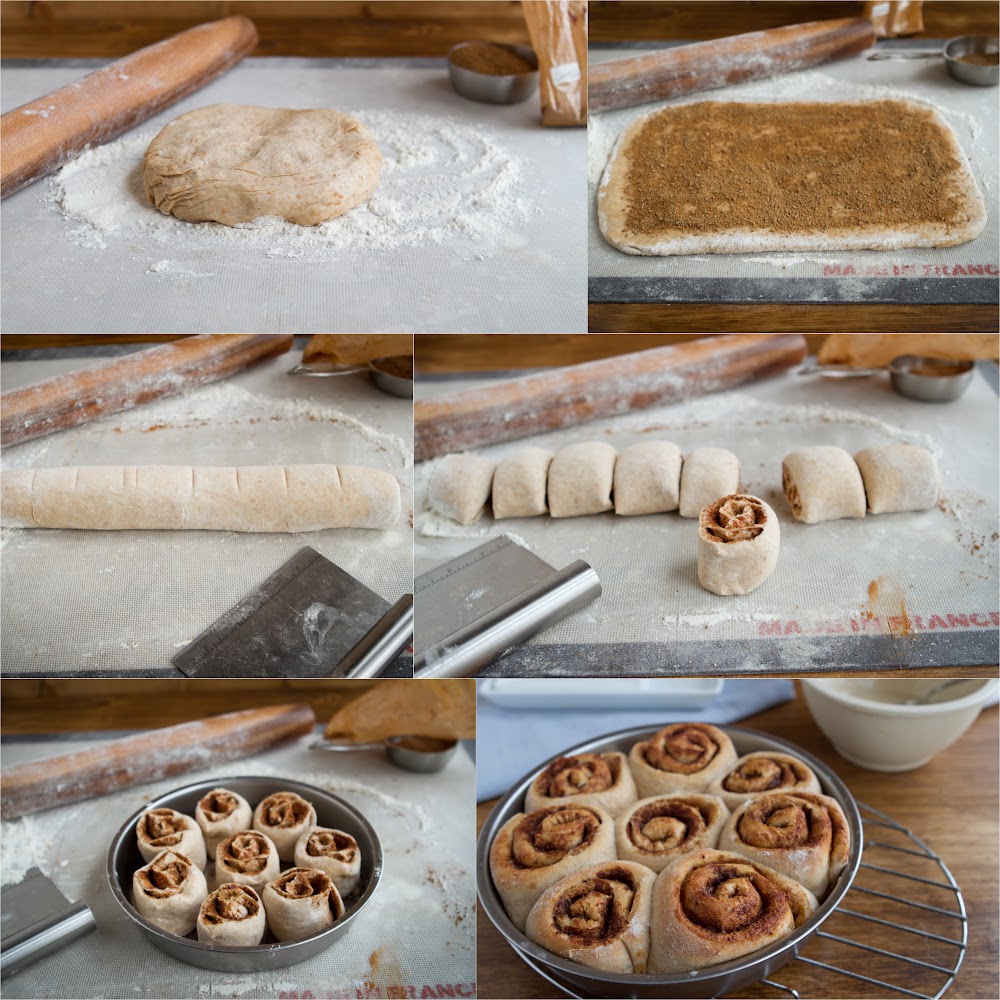 I wanted to try baking something vegan that I have failed at before and cinnamon rolls fit that bill.  Before I made cinnamon rolls with essentially the same recipe I use for pizza dough and honestly- it stunk.  The basis for cinnamon rolls is milk, butter, and eggs to form a soft dough so I changed it to almond milk, sunflower oil, and flax seed. 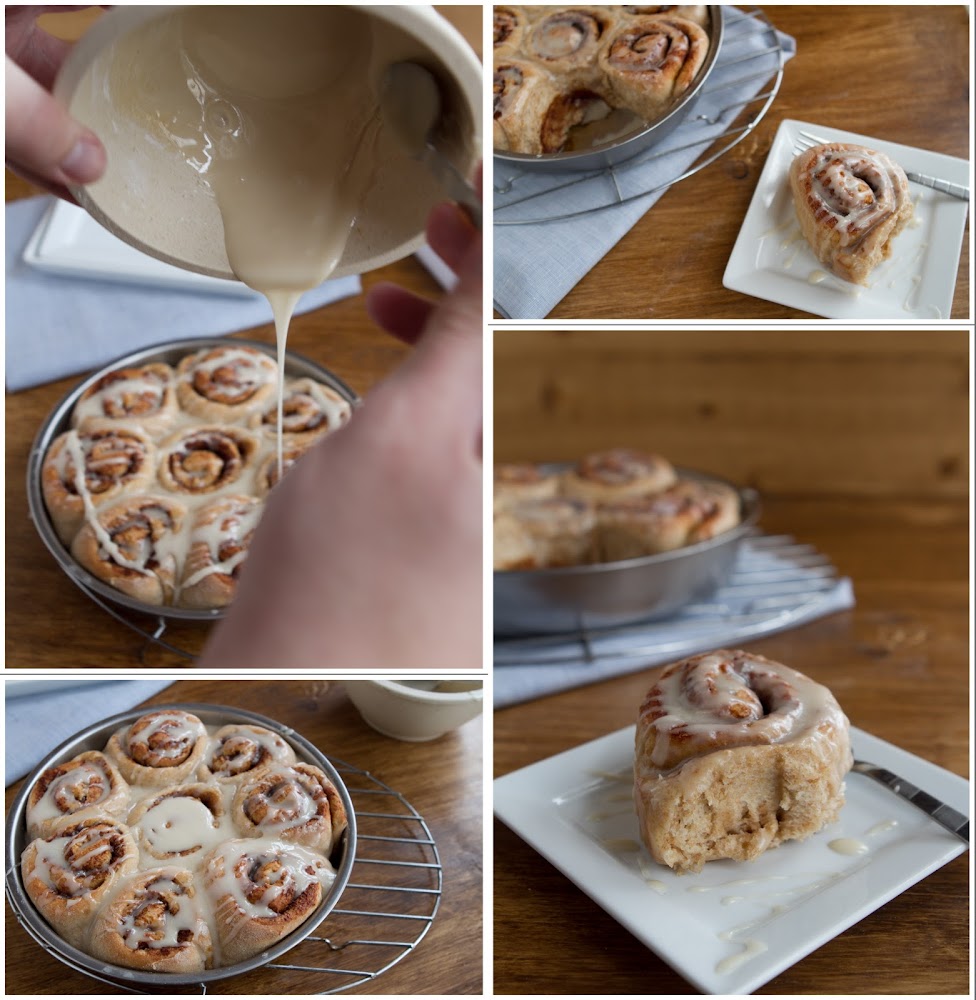 Seriously, these were amazing.  The filling oozed out and the cinnamon roll itself was amazingly soft-everything worked together perfectly.  Had I left the icing off, these cinnamon rolls could actually be a healthy treat (the icing pushes the excessive sugar line.)

Be yourself, just a bit more naturally.

Get all the inspiration delivered directly to your inbox. Spam not included.