My mind is complete mush.  Over the past two days (in 12 hours) I took four test and wrote 80 pages.  Hand written.  I was prepared for the information, I was NOT prepared for writing.  I didn’t realize how I really don’t write any more.  It hurt so bad!  I compared it to running a marathon without every running before 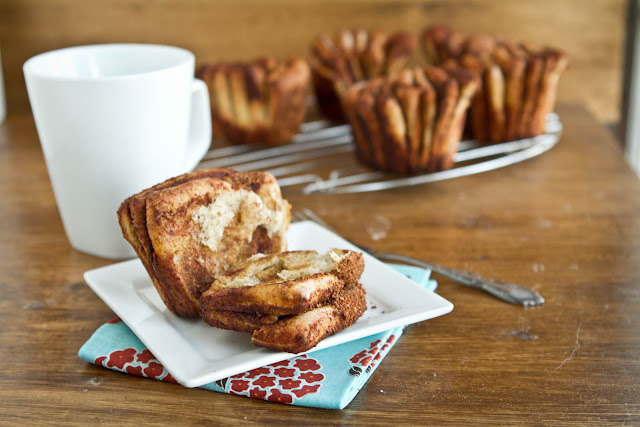 Yet,  I’m one step closer to graduation and now I have time to write a blog post! 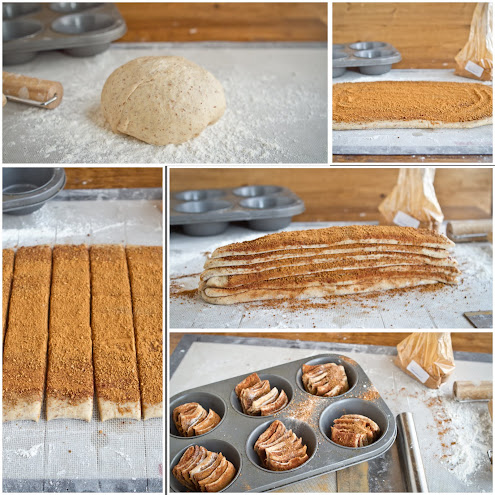 When I saw Joy the Baker’s Cinnamon Pull-Apart bread I drooled and drooled until I finally found enough time to make a version of it.  After so much success with my vegan cinnamon rolls, I wanted to try make the pull-apart bread with Joy’s idea.  I ended up making them from the ingredient list and had all intention of making it into the loaf until I realized my recipe was almost a whole cup short of flour but the dough was ready.  So I went with it and let it rise all while trying to figure out how I was going bake this!

I then remembered making fantail rolls for mother’s day and decided to merge everything together.  The end result was a cinnamon and sugar pull-aparts.  I think I like these better than a cinnamon roll (and these taste great even without icing.)  I’m not ashamed to say that I pretty much ate my way through this whole batch.

To make non-vegan, use 2 eggs, 2 tablespoons of butter, and regular milk! Be yourself, just a bit more naturally.

Get all the inspiration delivered directly to your inbox. Spam not included.